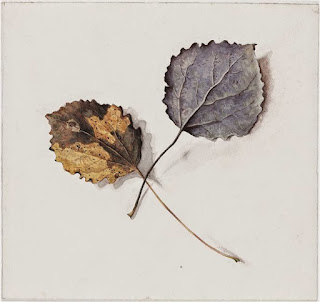 "Why is youth so unmerciful?  And who has given them permission to be?"
- Ingmar Bergman


Michelangelo Antonioni and Ingmar Bergman, idiosyncratic film makers whose work inspired and influenced countless younger colleagues in the post-WWII era, died on the same day, July 30, 2007. Antonioni who was ninety-five and Bergman who was eighty-nine had seen almost two centuries between them but no the same ones; Bergman looked to the past where Antonioni looked at the present as a warning, a canary in a mineshaft.

Ingmar Bergman may have been thinking of posterity when he made the comment about youth. In his autobiography The Magic Lantern, Bergman dismissed the Italian director as an amateur immobilized by boredom. Antonioni could have responded that Bergman was a man immobilized by depression. Bergman was only slightly more gallant in his assessment of Antonioni's partner in films of the early 1960s, Monica Vitti, acknowledging her talent while disparaging her technique.  Antonioni, by contrast, said that his opinions were in his films. I wonder if he had ever heard what G. K. Chesterton said: "For views I look out the window, my opinions I keep to myself."  And yet both were preoccupied with loneliness, tantalization, and miscommunication.  Ah, the narcissism of small differences.

In his films Bergman worried the question of God like a bone, coming at it from every angle.  For his part, Antonioni told the London Telegraph that Bergman's only interest was in finding answers from God, whereas he was content to explore metaphysical questions without seeking answers, a rather Buddhist position.  "You wonder what to look at. I wonder how to live.  It's the same thing."  Antonioni puts these sentiments in the mouth of a character in Red Desert (1964).  Bergman the moralist only admitted his past as a Nazi in 1999; possibly it had slipped his mind for half a century while he was otherwise occupied .  As for the timing of their deaths, Bergman went first.

The son of a prosperous family from the Emilia-Romagna region of northern Italy, Antonioni  witnessed firsthand the depredations of poverty.  The film maker told the critic Aldo Tassone, "I always had sympathy for the young women of working-class families."  He also was prescient in recognizing the environmental devastation caused by the postwar prosperity brought to the region by the booming petrochemical industry.

Bergman grew up in Uppsala, Sweden, the son of a Lutheran minister, in a home surrounded by religious images and lessons.  Often locked in dark closets by his self-righteous father for minor misbehavior, the young Ingmar said that he lost his faith at the age of eight but  retained its moral preoccupations  that later became the subtext in his films.

Even today Antonioni and Bergman have something in common.  Their work is thought of as old-fashioned and not relevant to our interests.  That may change and, if it does, my hunch is that Red Desert, Antonioni's vision of a world made infernal by humans, will be understood as prophetic, a tale foretold.

Two great filmmakers ! It was so happy to discover a new film of Bergman.

Tania, thank you. If you haven't seen Antonioni's Red Desert (Il Deserto Rosso) I recommend it highly. It could have been made today, it is so timely and relevant.