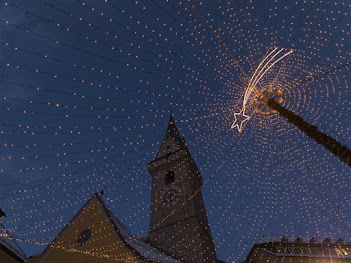 "Somehow, not only for Christmas,
But all the long year through,
The joy that you give to others,
Is the joy that comes back to you;
And the more you spend in blessing
The poor and lonely and sad,
The more of your heart's possessing,
Returns to make you glad."
- John Greenleaf Whittier
As a child I saw the John Greenleaf Whittier Bridge that carries I-95 past the back of Newburyport while it was under construction.  My mother and I would walk down to the end of Ferry Road at the Merrimack River.  In an early moment of disillusionment, my mother explained to me that the road was not Fairy Road as I had assumed.
John Greenleaf Whittier (1807-1895) was a quintessential New England poet of the 19th century, famously the author of the much-anthologized Snow Bound,  yet his reputation has faded compared to such contemporaries as Ralph Waldo Emerson or Nathaniel Hawthorne.
Whittier grew up on a farm near Haverhill on the Merrimac River several miles inland from the  Atlantic (1807-1895).  He learned that he was color blind when he could not distinguish ripe red strawberries from the unripe. His sister sent one of Whittier's poems to William Lloyd Garrison, pubksher of the Newburyport Free Press where it was published when Whittier was just eighteen. Garrison also gave the young man his first job as an editor at a weekly newspaper in Boston. Whittier's political passion was deeply routed in the failed promise of toleration in Boston's early days. Two Quakers were executed in Boston in 1656: they had emigrated from England in violation of a law passed the year before banning Quakers from the Massachusetts Bay Colony on penalty of death.
After an unsuccessful run for Congress in 1832, Whittier had a nervous breakdown and returned home. He became active in the abolitionist movement and was especially supportive of women writers of his day, amon them Sarah Orne Jewett, Celia Thaxter, and Lucy Larcom.  An influential poet in his lifetime, the city of Whittier, California is named for him.
I like to think that Alverto Campanile's photograph of Bruncio, Italy will evoke thoughts of Old North Church in Boston as I remember it from childhood.
Image: Alberto Campanile - Christmas Decorations at Bruncio, Italy, 12 December 2007, Alinari Archives, Florence.
Posted by Jane Librizzi at 11:21 AM

Nice ! The clouds hid Saturn and Jupiter from us on the night of the 21st and it still rains today, but the Christmas star will shine in our hearts - in Italy, in the USA, at home.

Joyeux Noel to you, Tania!

Happiest of Yuletides to you, Jane and Joyeux Noel! Friends and I were fortunate to view the great conjunction on the second night as clouds parted briefly here.
I hope you're happy and drinking something bubbly. Cheers!

Rouchswalwe,thank you. Having a green Christmas here in upstate New York.
Be sade. Be well. Be Merry!