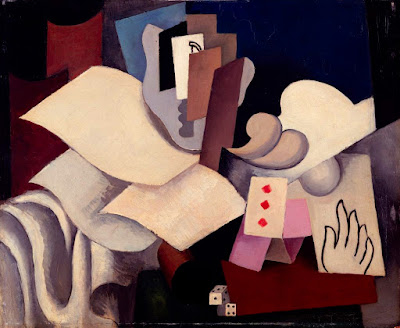 When Daniel Henry Kahnweiler decreed that great artists make art dealers great he was being disingenuous.  The German-born French art dealer not only represented Picasso, Braque and Juan Gris from his gallery in Paris, he told the public what to think about Cubism at a time when the public didn't know what to make of this art that flirted with abstraction.  In his book My Galleries and Painters, Kahnweiler underlined the continuity he found between Cubism and previous art.

"Fundamentally painting has never been a mirror of the external world, nor has it ever been similar to photography; it has been a creation of signs, which were always read correctly by contemporaries, after a certain apprenticeship , of course.  Well, the Cubists created signs that were unquestionably new, and that is what made it so difficult to read their paintings for such a long time." (translated by Helen Weaver) 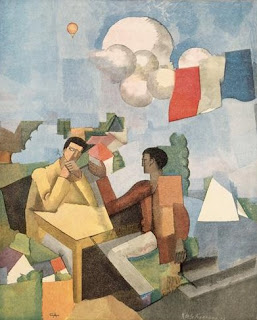 Roger de la Fresnaye (1885-1925) studied at the best art schools Paris had to offer, first the Academie Julian, then  the Ecole des Beaux-Arts and finally at Academie Ranson, an outpost of the Nagis( Hebrew for Prophet) where he came under the influence of Maurice Denis,  a strong influence on the contemporary American painter Alex Katz.  Time spent in Munich where Expressionism's bright colors were the new thing gave him the palette that he would use so effectively in his paintings.  La Fresynaye's Cubism was a playful thing, nothing deadly serious about it.   Unlike his more famous confreres at the Daniel Kahnweiler Gallery, La Fresnaye was not on fire to overthrow conventional perspective as hadnde down to students have ever since the time of Leon Batiste Alberti in the 15th century.  And as for  abstraction, it interested him not at all.


One of La Fresnaye's best known paintings  The Conquest of the Air celebrates French achievements in defying gravity.  The hot air balloon launched by the Montgolfier Brothers in 1783 was greeted with wonder by the public no less than Henri Fabre's 1910 flight, the first in a sea plane offshore of Marseilles.  The French were giddy about the possibilities of human flight; they hosted the first International Aeronautic and Space Exposition in Paris in 1909.

We know the neutral colors favored by Picasso, Braque, and Gris were inspired by their infatuation with early movies.  Arne Glimcher, founder of the Pace Gallery New York City,  and Bernice Rose. curator, revealed that story in their 2010 documentary Picasso and Braque Go to the Movies.  Even though  La Fresnaye sometimes made use of subdued colors his fractured planes had a joyous aspect; in The Prestidigitator they convey magician's delight in his slight of hand. 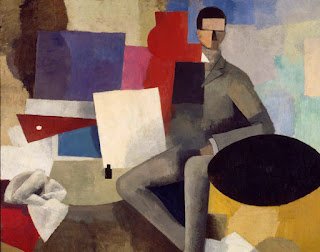 Fragile health shadowed La Fresnaye 's life from the time he had pleurisy in 1905 and again when he was discharged from the army in 1918 after being diagnosed with tuberculosis.  These recurring bouts of illness made it difficult for the artist to paint.  Perhaps that contributed to his turn to unalloyed realism in the paintings of his last years,  The joy he had found in playing with cubism was difficult to sustain after witnessing the sufferings of soldiers and the decline of his own body. He was only 40 when he died at Grasse on the French Riviera in 1925.

Posted by Jane Librizzi at 4:13 PM No comments: Links to this post 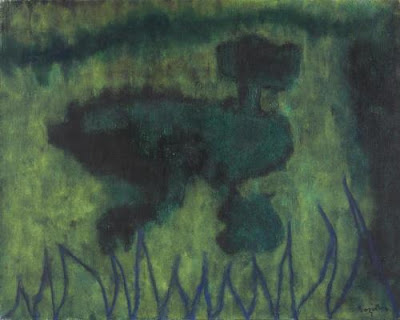 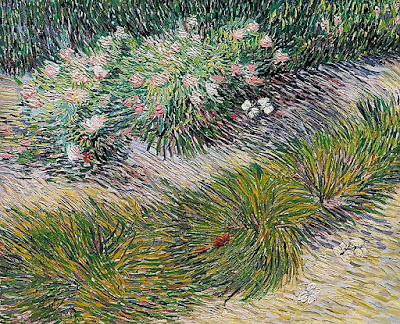 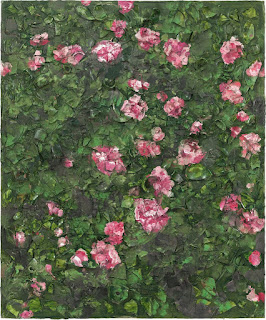