I Have the Room Above Her: Oscar Hammerstein II & Jerome Kern 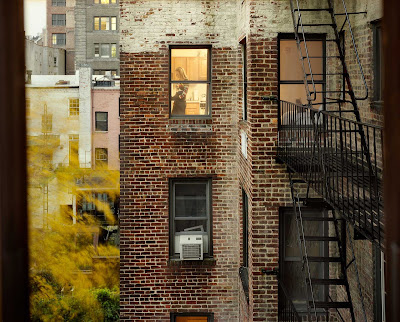 Sometimes she meets we smile
And oh, her smile's divine
It's such a treat to hear her say
Hasn't the weather been fine?"

A lover more impetuous than I
Would say his say and know the reason why
when I get my chance
I let my chance go by.
- lyric by Oscar Hammerstein II, to music by Jerome Kern

I. Appraising the 1993 revival of Showboat, John Lahr wrote in the New Yorker that it had been nothing less than a revelation of just how "a radical departure in musical storytelling, marrying spectacle with seriousness" it had been when it debuted in 1927, how unlike the romantic comedies, operettas, and variety shows that were the usual Broadway fare then.  Based on a best-selling novel by Pulitzer Prize winner Edna Ferber, Showboat was a musical that delved deeply into the lives of the denizens of a Mississippi river boat, their loves and their tragedies, even taking aim at  the taboo subject of racial prejudice.  Critics of the time recognized the transformative affect this would have on American musical theater.

When Universal Pictures commenced shooting  a film version in 1936 they asked Jerome Kern and Oscar Hammerstein, II  to provide three new songs; in the event  only one - I Have the Room Above Her -  was used. An utterly lovely ballad, it was undeservedly overshadowed by well known songs from the original Broadway production including Ol' Man River, Can't Help Lovin' Dat Man, and Bill.

I Have the Room Above Her received its due in 2004  as the title track on Paul Motian's ECM release of that name.  The drummer was joined by guitarist Bill Frissell and tenor saxophonist Joe Lovano. Recorded with neither a piano nor a bass, the melody is at the forefront with Motian's cymbals underline each change.

II. Gail Albert Halaban is a photographer who was born in Washington, D.C. in 1970.  She received her MFA in Photography from Yale University School of Art.  After living in Los Angeles she moved to New York City in 2007 and began the series Out My Window.   The project was inspired by something that happened on the day of her daughter's first birthday; she received a gist of balloons and flowers from someone she did not know who lived nearby and had seen the party through the apartment window. ... series represented the ordinary daily routines of  urban apartment living against a background that appears cinematic in comparison. While it might seem voyeuristic, Halaban  obtains permission from her subjects before photographing them.  From the neighborhoods of New York City, Halaban then extended the series to Paris, Istanbul, Buenos Aires  and other cities between.
I saw Gail Albert Halaban: Out My Window, the exhibition, at George Eastman House in Rochester, New York in August 2018.

Posted by Jane Librizzi at 3:34 PM