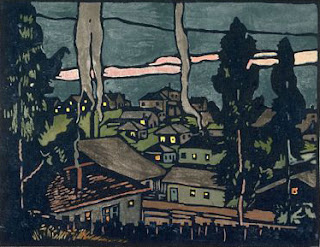 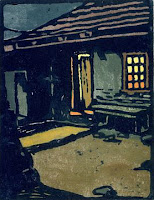 Landscape,  the aesthetic version of the natural world, has a long history in art, dating back to the Renaissance, when it began to emerge from the background of  religious subjects.  It fell out of favor with early 20th century  Modernists.  Only recently, exhibitions devoted to the landscapes of Gustav Klimt, who died in 1918, have come as a revelation.  It was left to photographers and the makers of prints, flying under the radar.  They knew what Virgil had written in The Golden Age Returns from the fourth Eclogue: 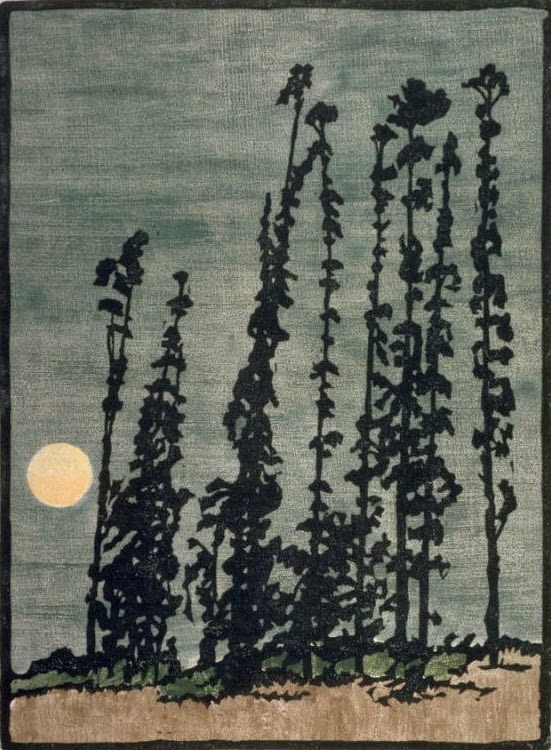 "...faint traces of our former wickedness will linger on, to make us venture on the seas in ships, build walls around our cities, and plow the soil." 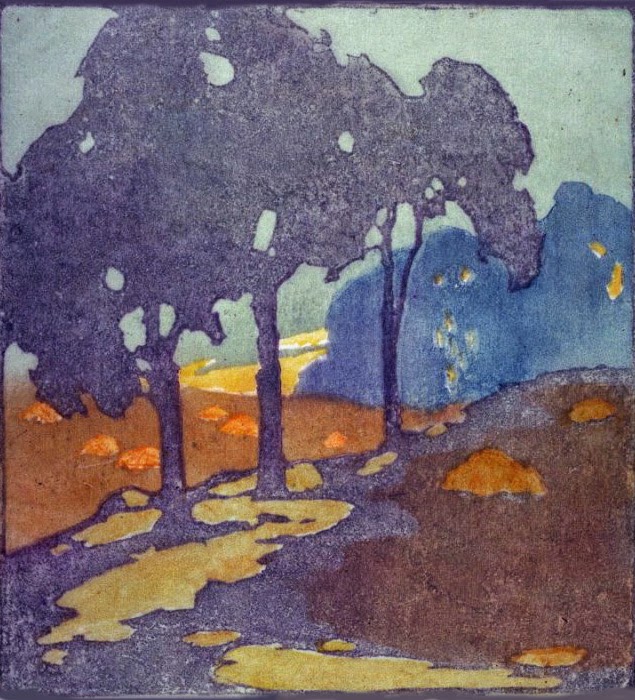 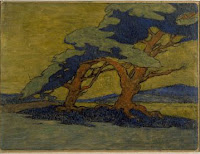 Unhampered by the limelight, woodblock printers tried on borrowed styles from Japan and Mexico in their works. The diverse imagery of extremes of topography was united by a shared technique which, in turn,
inspired several distinctive art movements.   Women gained a powerful and early voice in this medium, as did the labor movement and Latino artists.

Several  artists went directly to the source and traveled to Japan to study printmaking techniques and aesthetics.  Bertha Lum (1869 – 1954) went so far as to spend her honeymoon studying in Japan.  Helen Hyde (1868 – 1919) grew up in San Francisco but was introduced to Japanese printmaking when she studied in Paris with the collector Felix Regamey.(You'll find both Hyde and Regamey elsewhere on this site.)  Hyde moved to Japan in 1899, later returning to live in Pasadena. 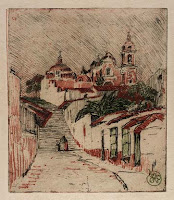 Anders Aldrin (1889-1970) immigrated from Sweden to the American midwest as a young man but found his vocation and his subject in southern California.  Attracted to subjects with romantic names - Echo Park, Silver Lake - he probably appreciated the symbolism that attaches to Zabriskie Point. 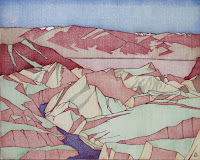 Other immigrant artists are more obscure, like Carl Langheim (1872-1941) whose work suggests the influence of by Symbolism and the Nabis.  The Wood could easily be paired something by Charles Lacoste, for instance.

Another transplanted artist, Elizabeth Norton (1887-1985)  moved to San Francisco from Chicago.  An example of a recognizable California urban landscape is her Berkeley stadium (1926). An autumn football game becomes a landscape by virtue of human absence.
The California Labor School in  San Francisco became a center of woodblock printing and, today, the San Francisco Museum of Fine Arts has a large collection of color woodcuts. 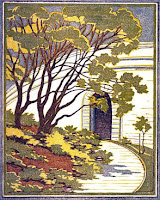