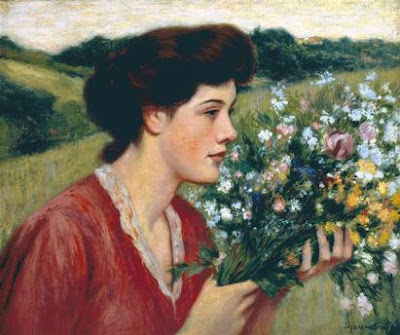 I don't know the identity of the young woman in red in Federigo Zandomeneghi's Young Girl With a Bouquet of Flowers but everyone who knows Leonardo da Vinci's work will be reminded of his  Ginevra de' Benci. 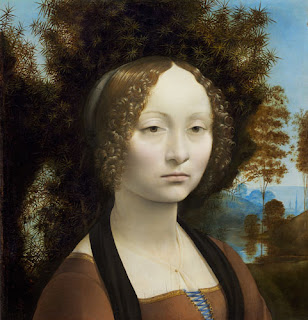