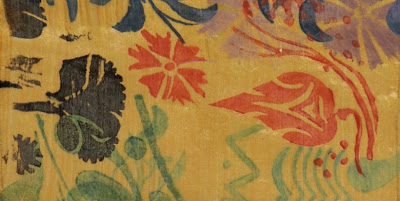 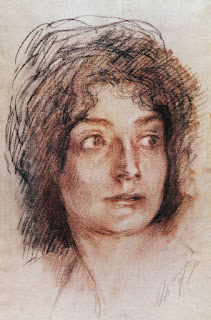 Posted by Jane Librizzi at 6:56 AM

Fascinating! Thank you for this beautiful geometry, Jane!

dear jane,
I found your blogg by accident on internet. I like it so much and I appreciate : )) thank you
yours
chris

Rouschwalwe. when I was first looking at these textiles I thought of the backgrounds in Vuillard's early paintings.

Chris. thank you. A happy accident, I hope.

Great blog. I love Fortuny. Many original Fortuny customers still hold on to their Fortunys and still wear them. Peggy Guggenheim wore here until she was well in her old age. A true master.

Thanks, Yasue. Lucky Peggy Guggenheim! If I had a piece of Fortuny's work I would wear it - very gently.