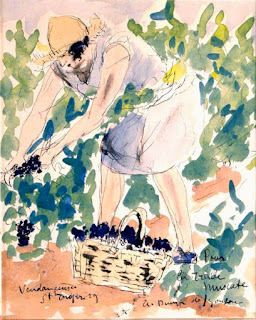 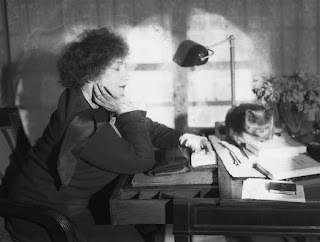 Posted by Jane Librizzi at 12:43 PM No comments: 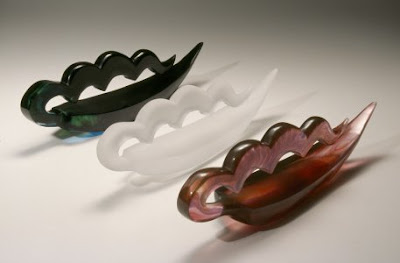 The three small sculptures that make up A Flow resemble a fleet of little boats sailing beneath the waves or, in light of some recent reading, I like to imagine them carrying the twigs that bowerbirds use to create their fantastical architectural displays. And why not?  Twigs are not always straight; we learn from nature that a branch  grows straight unless an imbalance of forces produces a curve. It was the mixture of shapes, some from nature and some imagined that first drew me to the Japanese artist Tashima Etsuko. 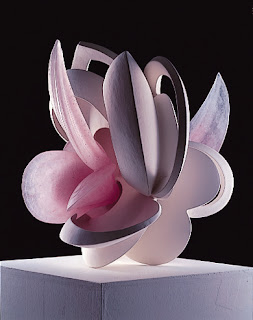 I.
Tashima creates her fanciful sculptures using her own formulation based on the ancient Roman technique of molten glass casting.  Just as Japanese ceramics has long been admired for its combination of function and beauty, Tashima's version of pate de verre is amarriage of opposites, combining translucent glass with opaque stoneware.  She fires the two substances separately and then attaches them. Pâte de verre is a French term that began to be used around the year 1900 when the artists of l’Ecole de Nancy (School of Nancy), notably the Daum Brothers and Emile Galle, revived the use of the paste made crushed glass, water and gum. Tashima has added glass recycled from fluorescent light bulbs; through a series of experiments she determined that it has fewer impurities and imperfections than other glass, resulting in  an opaque material that radiates a delicate luminous blue-green.  Japanese ceramics are known for their combination of beauty with functionality.  The idea that ceramics could be sculpture or abstract works only appeared in the early 20th century.

A strict dichotomy between humans and the rest of the natural world is no longer tenable but we should not mourn its passing.  Evolution is both fact and theory.  And the basic theory is not survival of the fittest but rather survival of the good enough because perfection, by definition, would  limit the diversity on which all survival ultimately depends. Arbitrary or random mutation is a mechanism, not an explanation. 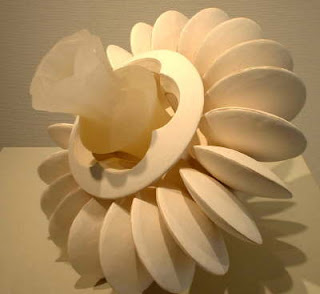 II.
“We could truly say that ideas come to flowers in the same way they come to us. Flowers grope in the same darkness, encounter the same obstacles and the same ill will, in the same unknown. They know the same laws, same disappointments, same slow and difficult triumphs. It seems they have our patience, our perseverance, our self-love; the same finely tuned and diversified intelligence, almost the same hopes and the same ideals. Like ourselves, they struggle against a vast indifferent force that ends by helping them.” – Maurice Maeterlinck, from The Intelligence of Flowers, translated from the French by Philip Mosley
Although it was primarily his plays and poems that earned Maurice Maeterlinck the Nobel Literature Prize in 1911, it is for his widely admired nature essays that he is remembered now, particularly The Life of the Bee (1901) and The Intelligence of Flowers (1907).  From the latter, he wrote, “"Our mind draws from the same reservoirs as does that of nature.   We are of the same world, we are almost among equals. We no longer mix with inaccessible gods."   Maeterlinck’s effort to harmonize science and religion in the wake of Charles Darwin’s  controversial The Origin of Species was one of many but his  vision of a mystical science was influenced by his Jesuit education.


The claim that science destroys beauty by putting it under a microscope has illustrious ancestors in William Blake and John Keats. A newer claim that beauty resides in mathematics and evolutionary biology strikes many as too austere.  Nature doesn't look like anything the Romantics imagined it as it has been revealed at the nano level but it is still marvelous.
Evolution is both fact and theory. Arbitrary or random mutation is a mechanism, not an explanation. A strict dichotomy between humans ad nature is no longer tenable.  Yet when scientific knowledge modifies our human perceptions or religious beliefs we often feel threatened and, so,miss a great deal that is valuable to the arts.
The Life of the Bee sold an amazing 250,000 copies.  “If the bee disappeared off the face of the earth, man would only have four years left to live” may have sounded far-fetched a century ago but in light of recent disturbances to the ecology, Maeterlinck gets points for intuition.   “Isolate her, and however abundant the food or favorable the temperature, she will expire in a few days not of hunger or cold, but of loneliness.”  Again, points to Maeterlinck for exercising imaginative sympathy.


Through the dramatic power of its metaphors The Intelligence of Flowers still offers food for thought, even though the scientific terrain has shifted in the intervening century.  To Maeterlinck flowers, through the choreography of their reproductive dance, demonstrate their capacity for thought and, by analogy, that their behavior resembles our own, constituting a form of intelligence.  "Ideas come to flowers in the same way they come to us."   And so we move beyond Aristotle's dictum:  “Art finishes what nature begins.” 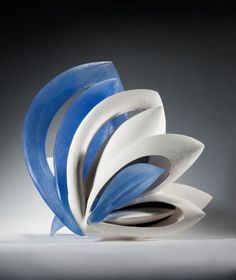 III.
An "(A)rt object is always an instruction to act or experience, not a piece of information,  as living things are organized instructions, not organized information."  - C.H. Waddington, Biology and the History of the Future, Edinburgh,  Edinburgh: University Press:  1972
Maeterlink's flowers, it turns our, prefigure what biologists have learned recently about the intelligence of birds. Gerald Borgia and Gail Patricelli detected signs of intention in what can reasonably be described as bird creations as they studied the mating habits of bowerbirds. The male bowerbird creates large assemblages, from the elegant to the fantastical, to attract potential mates.  The satin bowerbird will go so far as to use crushed berries to paint the entrance to the bower the color blue; if  berries are not available he will make do with blue plastic picnic utensils
The existence of art in nature raises questions we have yet to thoroughly answer.  Evolution provides an explanation that is too austere for many people to accept.   To Charles Darwin the endless forms that life takes taught him acute attention to visual details.  On this foundation he built his theory of natural selection that proposed survival through adaptation; his second theory of sexual selection  dealt with courtship and mating and the role of beauty in nature.  Sexual selection has been overlooked or considered an embarrassing misstep by a great thinker, because it puts the female in a powerful position. The idea that females exercise aesthetic selection in their choice of mates has troubled men from Darwin's time to our own; no less a personage than Alfred Russell Wallace harrumphed that aesthetics had no space for "beauty, caprice, and feminine whim.(1890)"
While artists have made a taboo of beauty, what interests me here is that they haven’t taken much notice of how scientists have embraced it.  So, when philosopher, botanist, and musician David Rothenberg writes that "an engagement with art is fundamentally an engagement with beauty, even if it is a strange or unfamiliar beauty," he is going off the reservation. I was surprised that Rothenberg didn't include any discussion of Maeterlinck's nature essays in Survival of the Beautiful as they contain metaphors that are eerily similar to what Richard Prum has observed about sexual selection and aesthetic activity in birds, especially when there is a fine new translation available at a reasonable price. 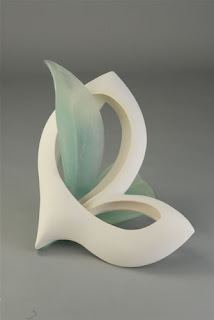