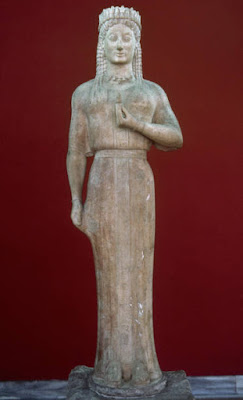 Beautiful! A woman to drink an ale with over conversation!

Having a drink was probably one more thing women weren't allowed to do in Phrasikleia's time.
When I was a teenager and on vacation in Canada, my mother took a photograph of me standing in front of a roadside inn that had two entrances with signs above them and the one read "Ladies and Escorts."