Mary Hunter Austin in the Land of Little Rain 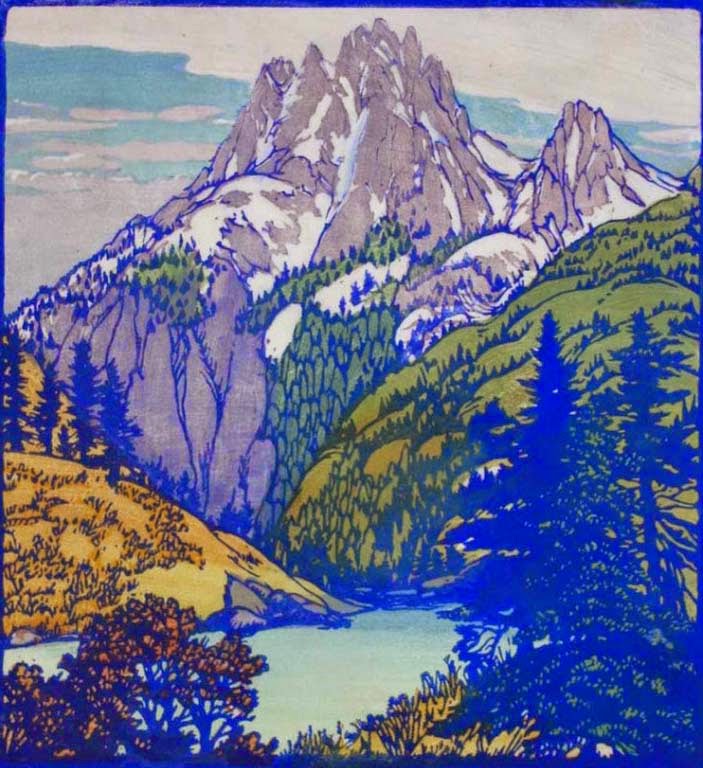 My introduction to Mary Hunter Austin came through a revelatory series of Arno reprints by early 20th century writers in the late 1970s.  Here were the women I had been waiting for all throughout adolescence; women whose existence I had no reason to believe in, according to the men who taught literature.  The Story Of Avis by Elizabeth Stuart Phelps, Iowa Interiors by Ruth Suckow, They Stooped To Folly by Ellen Glasgow, The Narrow House by Evelyn Scott … and A Woman Of Genius by Mary Hunter Austin.  The Arno books were easy to pick out in the library stacks even at a distance, with their light blue covers and handsome green lettering; they were built to endure for works that deserved to.

By the circular reasoning with which we are all too familiar, we are told that  Mary Hunter Austin (1868-1934) has been overshadowed by her more famous friends.   But they weren't more famous at the time.  If anything, their names should pique our curiosity.  When Austin visited England for the first time, she was the guest of Lou and Herbert Hoover (A Woman Of Genius is dedicated to Lou Henry Hoover).  In Joseph Conrad, Austin found a kindred spirit whose emotional bond with the sea  mirrored her own with the California desert.  But  even the worldly Hoovers raised an eyebrow at Austin's visit with H.G.Wells, too much the free spirit with his numerous lovers.  Austin herself would say back in New York City that chastity was no longer necessary for women.
Austin and Willa Cather attended the 1912 dinner held at Sherry's Restaurant on Park Avenue to honor William Dean Howells, "the Dean of Permian Letters" and longtime editor of The Atlantic Monthly, the magazine that had serialized Land Of Little Rain before the books' publication.  Cather wrote part of Death Comes For The Archbishop in 1926 at Casa Querida, Austin's adobe house in Santa Fe. The two authors shared many interests, in the history of the Southwest and in the struggles of women to become artists.   Although Austin published A Woman Of Genius three years before  Cather's  The Song Of The Lark appeared in 1915, no one praised Cather's novel more enthusiastically than Austin. 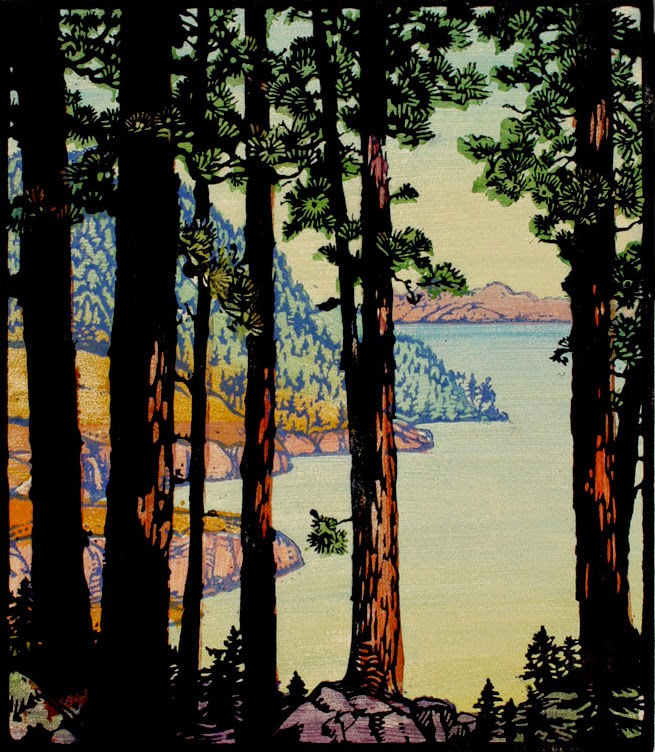 A Woman Of Genius, published in 1912, is a novel about a woman Austin knew well from the inside.  Its protagonist, Olivia Lattimore, is an artist, an actress stifled by her Midwestern hometown and her childhood sweetheart.   She endures the opprobrium that leaving them behind brings down on her as she pursues her career.  By 'genius', Austin meant that each of us has a  guiding spirit, that a person should be "faithful to one's experiences". rather than put intellect or creativity on a pedestal.  In the novel, Taylorville was a thinly disguised stand-in for Austin's homeotwn Carlinville, so Austin was bemused when, later in life, her hometown lionized its most famous native.
Austin attributed her involvement in radical politics (feminism, birth control, socialism) to her pioneer ancestors.  Her mother Susannah had been an ardent supporter of Frances Willard, leader of the Women's Christian Temperance Union, a woman whose advice to others was “do everything.”

Born in small town Illinois,  Mary Hunter graduated from Blackburn College at age twenty and  shortly after she moved, with her widowed mother and brother to Rancho El Tejon in eastern California.  The names given to the towns where Austin lived are redolent of romance - Lone Pine, Independence - but the reality was raw settlements thrown together by greed.  At first, Austin found the land hard; she broke down within months from malnutrition.  After marrying Wallace Stafford Austin, an engineer and speculator, Austin published her first story in 1892,  naively assuming that she could earn a living by writing.  Reality was grimmer; she was forced to turn to teaching  at the same time coping with the care of a mentally disabled daughter, she who had hoped to be the mother of "the smartest child in the world."   Wallace Austin's finances collapsed, the couple separated and, in 1905, Mary Austin was forced to place her daughter Ruth in a sanitarium so she could earn a living.  A fellow writer and feminist Charlotte Perkins Gilman knew well the corn that
was leveled at a woman who had to choose between what was best for her child and the means to provide it without a husband.  "To hear what was said and read what was printed, one would think i had handed over a baby in a basket, " Gilman said. But Austin had fallen in love with the place  Indians called “the Country of Lost Borders”  and with the people who lived there.  She published her first book The Land Of Little Rain, a classic of nature writing in 1903. Her vision of humans living in nature was recognized as something new, an experiment in parallel levels of existence; "an insistent experiential pang for which the wise Greeks had the clearest name...Beauty-in-the-wild, yearning to be made human."
Within half a dozen years Austin published  books on Paiute lore for children, The Basket Woman (1904), an account of life in the Spanish mission period inspired by Austin's stay at the budding art colony of Carmel, Isidro (1905,  and The Flock (1909) stories of the lives of Basque sheepherders in the  Owens Valley.  Travel, speaking tours, friends among her artistic peers, and love affairs with, among others, the muck-raking journalist Lincoln Steffens took her far from the land of the High Sierras.  But her words make it come alive even for those who have never been there.


"Not the law, but the land sets the limit.  Desert is the name it wears upon the maps, but the Indian's is the better word. Desert is a loose term to indicate land that supports no man; whether the land can be bitted and broken to that purpose is not proven. Void of life it never is, however dry the air and villainous the soil." 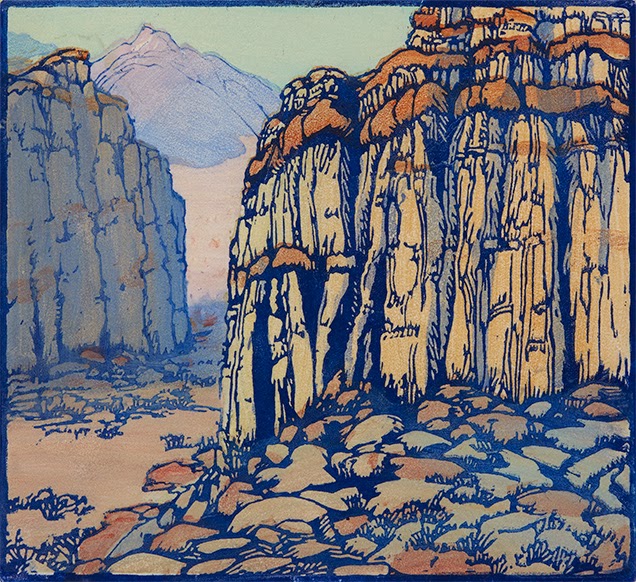 “This is the country of three seasons. From June on to November it lies hot, still, and unbearable, sick with violent unrelieving storms; then on until April, chill, quiescent, drinking its scant rain and scanter snows; from April to the hot season again, blossoming, radiant, and seductive… The desert floras shame us with their cheerful adaptations to the seasonal limitations. Their whole duty is to flower and fruit, and they do it hardly, or with tropical luxuriance, as the rain admits.”


“Extreme aridity and extreme altitude have the same dwarfing effect, so that we find in the high Sierras and in Death Valley related species in miniature that reach a comely growth in mean temperatures.”
“Above the lower tree-line, which is also the snowline, mapped out abruptly by the sun, one finds spreading growth of piñon, juniper, branched nearly to the ground, lilac and sage, and scattering white pines.”

“If one is inclined to wonder at first how so many dwellers came to be in the loneliest land that ever came out of God's hands, what they do there and why stay, one does not wonder so much after having lived there. None other than this long brown land lays such a hold on the affections. The rainbow hills, the tender bluish mists, the luminous radiance of the spring, have the lotus charm. They trick the sense of time, so that once inhabiting there you always mean to go away without quite realizing that you have not done it. Men who have lived there, miners and cattlemen, will tell you this, not so fluently, but emphatically, cursing the land and going back to it.”

The excerpts above are from The Land Of Little Rain 1903, Doubleday, Page & Company. The book has been reissued several times, including a 1950 edition by Houghton, Mifflin, illustrated with photographs by Austins' friend Ansel Adams and most by recently  Penguin Press (2014) with an introduction by Terry Tempest Williams.
The life of print-maker Frances Hammell Gearhart (1869-1958) shares similarities with that of Mary Hunter Austin.  Gearhart was born one year after Austin, at Sagetown, Illinois; she moved to California in 1888 and  graduated from college at what is now UCLA in 1891. 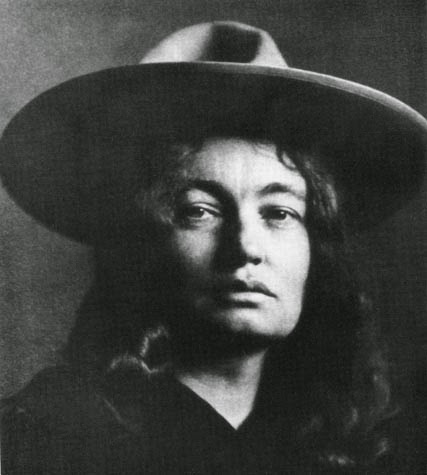 Beautiful illustrations. Do you think her books are translated in french ?

I found a translation of "The Land of Little Rain." It is "Le pays des petites pluies" published in 2011 by Le mot et le reste in Marseilles. It was the only Austin book I could find in French! I hope you can get a copy.