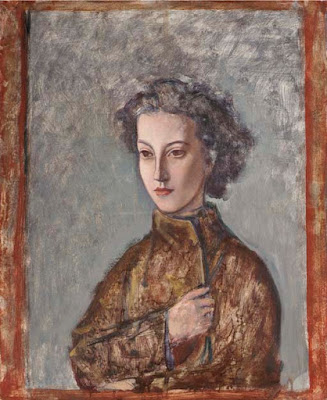 Image: Balthus - Portrait of Rosabianca Skira, 1949, on on board, Barry Friedman Collection, NYC.
Posted by Jane Librizzi at 2:09 PM

Skira, a great name for art publishing, well present in my library. An interesting post, thank you, Jane.

Tania, there are some lovely Skira books at the public library here, including one on Persian Art. Their color reproductions are outstanding.
I read that Skira commissioned illustrations from Picasso but haven't been able to track down the books - yet! But maybe someone who reads this article will know.