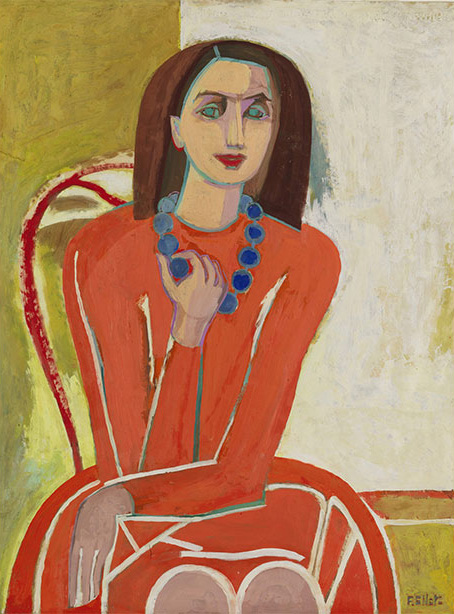 Matisse was her god : http://www.tate.org.uk/context-comment/video/tateshots-francoise-gilot-on-matisse

Tania, yes! After she left Picasso, Gilot talked about how much Matisse influenced her. You can't miss it, can you? But some of Picasso's partisans held it against her, especially his biographer John Richardson.

I am in love with another artist! Too many of my dance card and still hoping for more. Thank you!

Jeanne, how lovely to hear from yoiu again. I've been wondering how you are. And isn't it delicious that Matisse's influence on Gilot is so obvious when Picasso and Matosse were rivals (and sometimes friends, too)?