When the Wind was Green 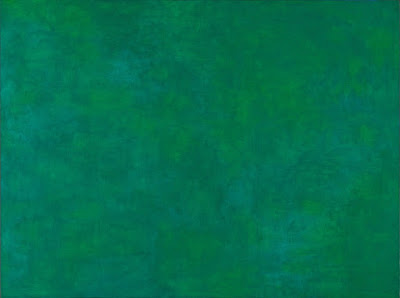 The came the fall and all of love
came tumbling, stumbling down
Like leaves that lost to frost and found
They were flying, crying
In a brown wind dying

But the winter's come and we both should know
That the wind is white like the swirling snow
And we'll never see all the wonderful things to be seen
When the wind was green.
- "When the Wind was Green" by Donald Henry Stinson

Some songs don't stand the test of time.  They are of their time and should be allowed to stay there.  Some jazz songs manage to stand the test by shedding their lyrics, a skin no longer needed that sets the music itself free to metamorphose as new generations of musicians take its measure.  And then there is a type of song that I have held close, since I was very young and then as a jazz radio programmer, where I got the kick of doing something about it.

I have wanted to write about When the Wind was Green for a long time  but shirked the responsibility of doing so because it feels presumptuous to elaborate on lyrics that stand so beautifully on their own.  Originally composed as an instrumental by Donald Henry Stinson with lyrics added for vocalist Chris Connor's debut album, the conceit around which the lyric layers its images suggest other worlds than that of a love song.

When the Wind was Green was recorded in  1950 by the David Rose Orchestra.  Chris Connor recorded the first vocal version in 1956 on her debut release, the first jazz album from Atlantic Records.  Founded in 1947 by the Ertegun brothers, Nesuhi became the president and Ahmet the A & R (artists and repertoire) man.   His confidence in the smoky-voiced Connor, led to pairing her with pianist  John Lewis, bassists Oscar Pettiford and Milt Hinton, drummer Connie Kay, and a ten-piece band led by saxophonist Zoot Sims, all jazz royalty, then and now.

I first heard the song on a 1995 RCA Victor cd When the Wind was Cool from Dominique Eade, a tribute to Chris Connor and other cool jazz singers.  Eade's was a well-traveled childhood. Born in London, England, her father was an Air Force officer and the family moved fequently.  After spending her teenage years in Germany, Eade studied English at Vassar College and then attended the New England Conservatory of music. A singer who played both piano and guitar, Eade arranged several of the songs for her major label debut.  She also had her share of illustrious accompanists including tenor saxophonist  Benny Golson  and vibraphonist Steve Nelson.  A vocalist of uncommon agility, Eade can encompass toughness and intimacy in a single interpretation. Her most recent release is Open from Sunnyside Records (2017).

Donald Henry Stinson published his songs under several pseudonyms, even representing himself as a duo on the credits for When the Winds Was Green.  Information about Stinson is sketchy but the best resource online is Discogs.

Ellsworth Kelly (1923-2015) was an America artist whose paintings belong to the style Color Field.   I was delighted to fin that Tableau vert waspainted in 1952, of the period when Stinson was working on his song.

Posted by Jane Librizzi at 4:41 PM