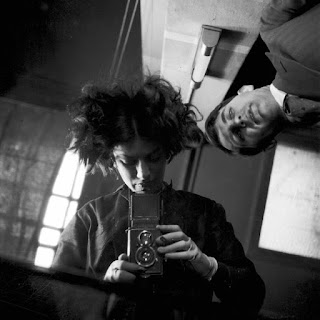 What is it about Budapest and photographers?  For most of his life, the Budapest native Andre Kertesz (1894-1981), now lauded as the father of photojournalism, was known as "the unknown soldier" of modern photography even though he was the first to receive  a solo exhibition of his work (at Galerie au Sacre du Printemps, Paris) in 1927.  And then there is Eva Besnyo (1910-2003).  It was not until 2012 that her work was the subject of a retrospective in Paris at Jeu de Paume (L'image sensible).  One of the few times Besnyo's work has been shown in the United States was when a single picture was included in the hugely successful exhibition (and accompanying book) The Family of Man at the Museum of Modern Art in  1955.  Curated by Edward Steichen, it was sentimental mishmash and brought little attention to the Hungarian/Dutch Besnyo which was a missed opportunity for American viewers. 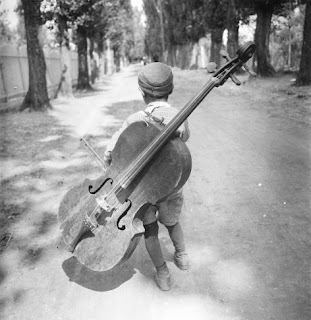 For her work as a pioneer of photojournalism recognition was long in coming.  In the Depression days of the 1930s when Besnyo was starting her career, her nearest American counterpart, Dorothea Lange, was up to something entirely different.  Besnyo's objectivity and lack of romanticism in images do not manipulate the viewer's emotions as Lange intended hers to do.  Taken on vacation in the summer of 1931, Besnyo's little gypsy boy, an outcast in Hungarian society, carries the battered cello that earns his subsistence across his back (note the diagonals, a ptominent feature in Besnyo's work).  We may interpret his carrying a burden larger than he is as a commentary on his prospects in life but that is our interpretation.  Besnyo observes.

The Besnyos of Budapest changed their name from Blumengrund to make it easier for the father, a lawyer, to succeed professionally in the anti-Semitic climate of Hungary.  Her father gave Eva her first camera, a Kodak Brownie, when the girl was fifteen.  It was Eva who encouraged the boy next store to try photography; he did and went on to become famous under his new name - Robert Capa.  Both would raise photojournalism to an art form: neither were attracted to the pictorialism  popularized through Alfred Stieglitz's journal Camera Work. 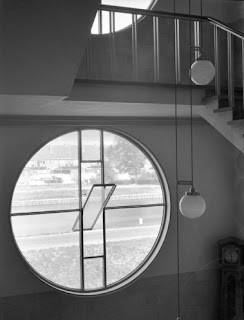 Rather than attend university like her sisters as their father wished, Eva apprenticed herself to photographer Josef Pecsi.   At his studio from 1928 to 1930 she learned about micro-photography (see the work of French photographer Laure-Albin Guillot). But it was the gift of a book from her friend Gyorgy Kepes that changed her life, she later said.  The book was The World is Beautiful (Die Welt ist Schon) by a German avant-garde photographer Albert Renger-Patszch and it introduced her to the movement New Objectivity that influenced her future course.

Bela Besnyo would have preferred his daughter move to Paris than to the Sodom-and-Gomorrah that was Weimar Berlin.  "Paris is romantic," Eva admitted, "but you can learn so much in Berlin."  So Berlin it would be and when Besnyo arrived there in 1930 with her new Rolliflex she found work at Rene Ahrle's advertising agency and then a job as a photojournalist with Neofot, a picture agency similar to the Bonney Agency in Paris..   In a further bid for independence Besnyo opened her own studio the next year, becoming part of a generation of women who achieved economic and personal freedom through photojournalism.  Making street life their subject they legitimized their presence in public life.

When Hitler came to power in 1932 life in Germany became stressful for Jews.  Nazi brown-shirts roamed the streets, attacking people with impunity.  Besnyo was early to recognize the need to plan for a way out. She eventually married John Fernhout, a Dutch cameraman who was the son of a well known artist Charley Toorop.  Even when the relationship ended Besnyo remained close to her mother-in-law who helped her find her way professionally in her adopted country.  After the Nazis occupied the Netherlands in 1940 Besnyo was forbidden to work openly so she subsisted on the few private commissions she was able to scrape.  Eventually she went underground, using forged identity papers.  Her beloved father was killed at Auschwitz in 1944 while the rest of her family survived.  Her photographic archives were destroyed by aerial bombing. 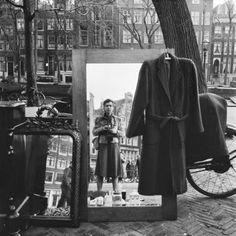 Giving birth to a son in 1945 and a daughter in 1948, Besnyo had experienced the difficulties of working and being a parent and so was immediately sympathetic to the Dutch feminist movement, Dolle Mina in the 1970s.   Her work at this time became more socially engaged and her wit and humor,  previously in the background of her work came to the forefront. You get an inkling of it from her photograph of a garage sale in 1950s Amsterdam; a jumble sale does resemble the layers of an onion opening to the viewer/buyer.
Besnyo's great strength as a photographer may work against her visibility, it is that she has no signature style. From Budapest to Berlin to the Netherlands where her works have been memorialized in a series of stamps there is always another revelation around the corner.

Posted by Jane Librizzi at 8:24 AM