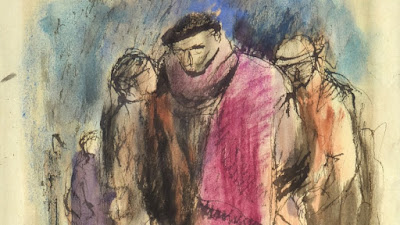 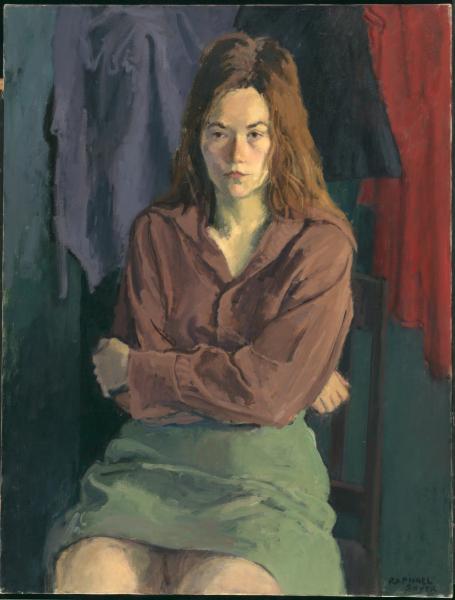 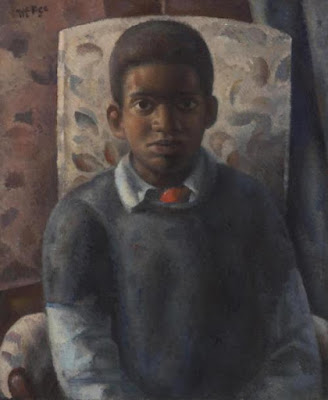 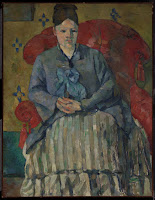 McFee was born in St. Louis and moved to Woodstock, New York in 1908 to study landscape with the Tonalist painter Lowell Birge Harrison.  He soon began to work independently with Andrew Dasburg who became his lifelong friend and his guide to European art, from the Renaissance to Cubism. Beginning in the late 1920s and continuing for almost a decade McFee wintered at Bellevue, a former plantation in Bedford County, Virginia where he painted the Black farm workers. He empathized with them, recalling in 1948 to Ernest W. Watson, "I think I came closer to painting something of their life and my life with understanding." What is clear from the works themselves is a sensitivity and lack of preconception unusual for a white artist at that time.
An inheritance allowed McFee to pursue his studies but by 1937, as the Great Depression dragged on, he was compelled to take a series of teaching positions that brought him to southern California, where he influenced a generation of students at the Chouinard School and Scripps College.  McFee died of pneumonia in Altadena in 1953.  An impressive artist with a restless temperament, McFee's exhibited that same restlessness in his personal life.  After being married to Aileen Fletcher Jones for twenty years, he ran off with her niece Eleanor Brown Gitsell in 1936.