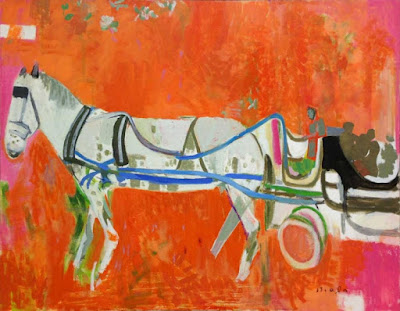 There is no better time to revel in gorgeous color than in the middle of winter.


"I always had the feeling that I belong where my easel is." - Janice Biala.


Biala (1903-2000) was born in Biala Podlaska in Poland; her given name was Schenehaia Tworkovska but she took a name from her birthplace as her professional name.  Curious perhaps,  given her peripatetic life and her lack of ties to any single place.  The sentiment reads like a paraphrase of Johnny Mercer's lyric to "Anyplace I Hang My Hat Is Home."


"I have always Matisse in my belly." - Janice Biala 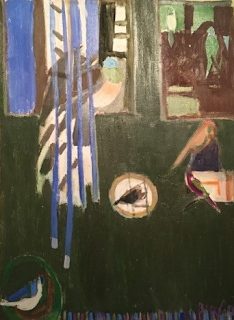 So Lloyd Goodrich, writing in The New York Times in the 1930s, was  early  to sense a connection between Biala and the Fauve painters, although I think he picked the wrong Fauve when he named Andre Derain.  In retrospect, Henri Matisse is the obvious choice.   But that may be because Biala subsequently formed so many friendships with artists of the New York School, those exuberant users of  color in abstract compositions, who were also indebted to Matisse's example.  After all, Matisse was still alive and painting.

Biala seems not have been bothered by any demarcation lines between realism and abstraction, but then she was not only a New Yorker.  She was French, and European, and before that she was Polish.  Or, again as in the later paintings of Pierre Bonnard, the picture plane is there to played with.  In Canaries in Their Cages, the birds are spectators to the real show - strips of venetian blind and sunlight traversing two separate spaces with compositional mastery. 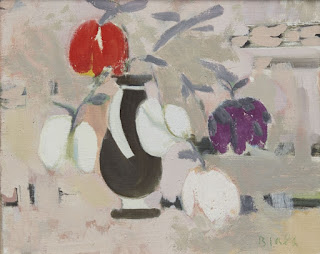 There is a playful intimacy in Biala's paintings that never lapses into sentimentality.  Wilted tulips or a kitchen that looks to be a utilitarian, even unisex, room in a modern apartment rather than the  workshop of an immiserated  housewife, take the place of the sensuous odalisques that appear, sometimes incongruously, in Matisse.  But then nudes have a way of doing that in the works of painters in any style you can name.  On a more technical note, Biala using more shading than Matisse and the white areas of her canvases are not fetishized, either.  Art historians still argue over the relationship between Fauvism and Abstract Expressionism, the bridge being the bold use of color. Biala brought a unique intelligence to the orchestration of color and form, as you can see. 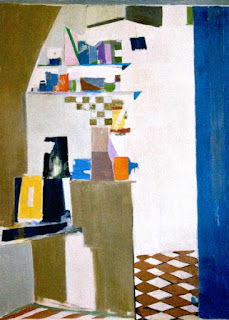 The Tworkoska family immigrated to the United States in 1913 because of political unrest in Europe.  Biala and her older brother Jack Tworkov, also a future painter in the Abstract Expressionist style both studied at the National Academy of Design and at the Arts Students League in New York.  The two also hitch-hiked together from New York to the Provincetown art colony in Massachusetts where they became friends with Charles Demuth and William and Marguerite Zorach.  It was William Zorach who suggested that Biala alter her name to differentiate it from her that of brother Jack.  Was this a hint of the  difficulties that his wife Marguerite had in keeping her work  - and her name - distinct in the public mind?

On a visit to France in 1930 Biala met and fell in love with British novelist Ford Madox Ford and that was that; she stayed in France until 1939, by which time Ford had died and there was political unrest roiling Europe once again.  She received several much admired gallery exhibitions in New York after her harrowing escape from Vichy France.  In the meantime  Biala married Danel Brustlein, an Alsatian artist  who became known as cartoonist Alain whose work was  featured in the New Yorker magazine.  While living in New York, Biala and her brother, who had changed his name to Jack Tworkov, became constant friends with the artists Bill and Elain de Kooning.  Although Biala moved back to Paris in 1947, she continued to maintain a studio in the United States. 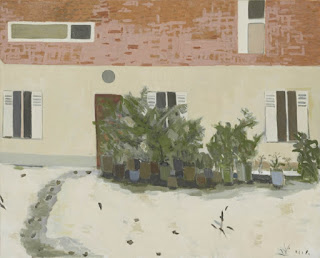 Biala’s paintings are in the collections of the Whitney Museum of American Art, New York; the Phillips Collection, Washington, DC; and the Centre Pompidou, Paris. 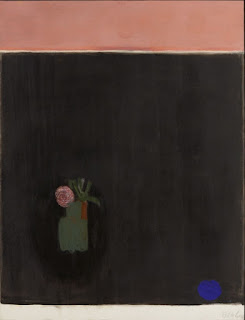 My favourite Polish artist from that era was Tamara Łempicka (1898-1980) who shared important life events with Biala (1903-2000). They were both born at about the same time, they both grew up and were educated in Poland, and they both spent their working lives abroad. But whereas Biala's 1920s and 1930s works seemed to have been most influenced by the old Fauvists, Lempicka was defined by up-to-date Art Deco.

Welcome back, Hels. Biala's father, a tailor, emigrated to the States in 1911 and the family joined him two years later. The artists Biala met in New York were of all sorts, as were the ones she got to know in Provincetown. She seems to have taken her inspirations from all over.

Thanks for Biala's colors, Jane.

Tania, you ae very welcome! Even the painting of her house in winter is colorful!