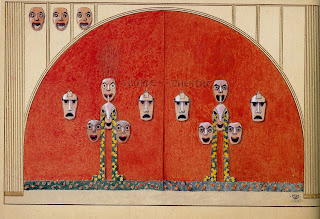 “You could have what you wanted of [Urban’s] gifts – fantasy, realism, abstract decoration, architectural solidity.  He could do superbly many things that his contemporaries could not do at all. “ – Deems Taylor in Architecture, May 1934. 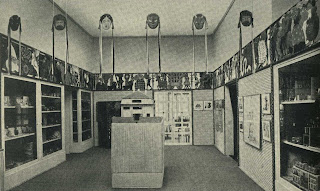 In  Urban's hands, assimilation became creativity of the highest order.  He brought medieval styling to a bridge for the Hapsburg Emperor and japonistic elements to stage sets for the Ziegfeld Follies.  Growing up in fin-de-siecle Vienna, he was immersed in the contemporary  Jugendstil movement.    Urban founded a design group, the Hagenebund, that was similar to Otto Wagner’s Secession, but more devoted to the style of Art Nouveau.  You can see the medieval  influence on Art Nouveau clearly in Urban’s work.


Born in Vienna,  Joseph Urban (1872-1933) studied architecture at the Royal Academy of Fine Arts.  He was only nineteen when  he received his first commission from  the Khedive of Egypt: to design a a new wing for the Abdin Palace. 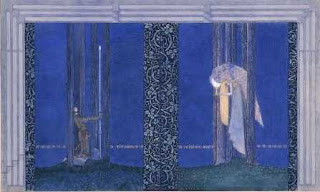 During his eight months  in Cairo Urban fell in love with  deep blue of the Mediterranean,  a color that would be a prominent feature of his  theatrical designs.  “I think the indescribable  blue of the Egyptian sky created my lifelong love of blue;” Urban admitted. 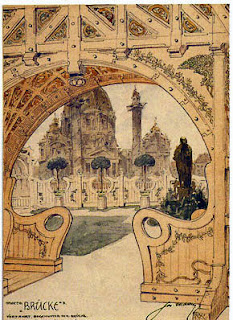 Returning to Vienna, Urban's good fortune continued.  He obtained a position in the office of the official architect to the Emperor Franz Joseph, where  he received the commission to design the new Kaiser Bridge to celebrate the 50th jubilee of the emperor’s reign in 1898. 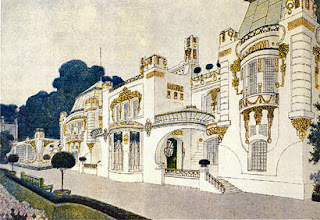 As you can see from his design for the Esterhazy Palace, Urban applied his taste for theatrical settings to real life.  Even the Esterhazy fireplace (one of them, anyway) has its own proscenium arch above the curved blue oval.  There is even something Egyptian looking in the design of the chimney.  Urban seems to have been one on whom nothing was lost.


Fabulously successful in Vienna, Urban could have stayed put but, in 1912, he emigrated to the United States to become the art director of the Boston Opera Company.  His first production, 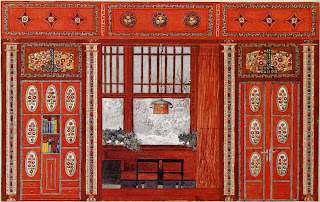 Soon,  Urban's services were in demand In New York, by everyone  from the Metropolitan Opera to the Ziegfeld Follies.  For the Met, Urban made use of his Jugendstil background; Suzanna's boudoir came straight from Vienna.  For impresario Florenz Ziegfield's bevy of beautiful women, Urban created...bubbles. 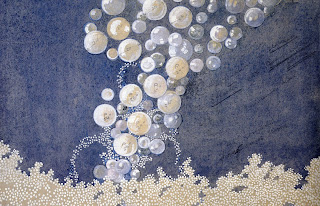 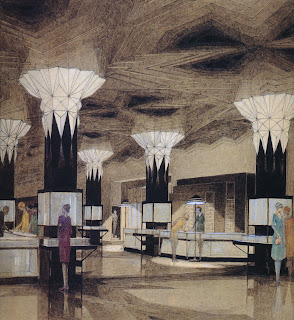 Vienna and architecture  had been Urban's first inspirations and he returned to both in his work, if  not in life.  He designed the Manhattan showroom for the Wiener Werkstatte, the design group whose hopes of bringing good design to the masses were frustrated by high prices.  Ironically, Urban was to design an emporium that really did reach the masses - the 1928 Kaufmann's Department Store in Pittsburgh.
In Urban's hands, the proscenium arch of ancient Rome had become the setting for magic in an Art Deco world. 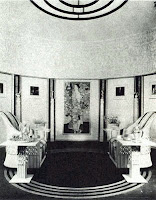