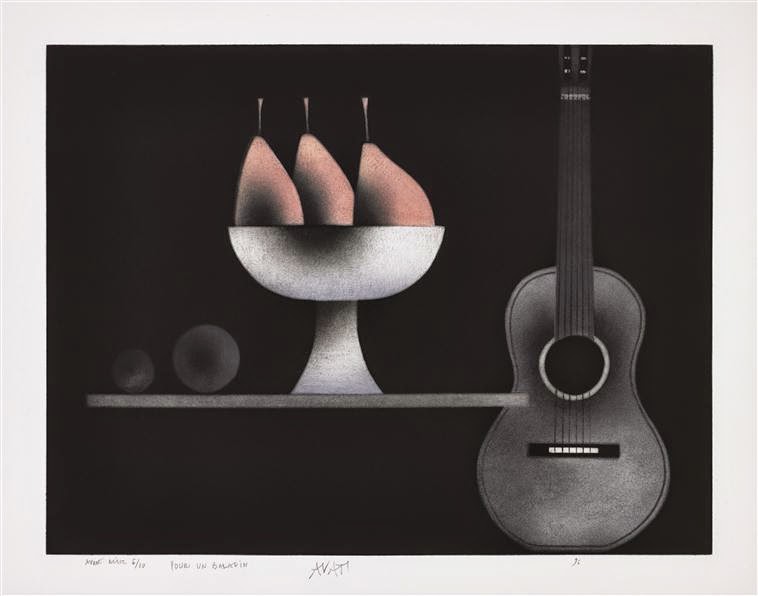 I.
Three pears ripen
On the ledge.  Weeks pass.
They are a marriage

The middle one's the conversation
The other two are having.
He is their condition.

Three wings without birds,
Three feelings.
How can they help themselves.

They can't.
How can they say that?
They can.

II.
The pears are consulting.
Business is bad this year,

D'Anjou, Bartlett.
They are psychiatrists,

It will get rid of them.

III.
The pears are old women;
They are the same.
Slight rouge,
Green braille dresses,
They blush in unison.

They will stay young.
They will not ripen.
In the new world,
Ripeness is nothing.
- "Trois Morceaux en Forme de Poire" from White Dress by Brenda Hillman, Middletown, CT, Wesleyan University Press: 1985.

"Monsieur Erik Sate is crazy...  He talked a lot and spoke very well.  He believes his new invention is superior to everything that has been written up till this day; perhaps he is wrong; but it would not do to tell him; he would not believe it." (my translation of remarks made by a music critic that were relayed in a letter from Erik Satie to Claude Debussy after the premier of Satie's Trois Morceaux en Forme de Poire for piano four-hands  in 1903.  The Impressionist composers, of whom Debussy was one, had been accused of creating music that lacked form.  In reply to the charge Satie asked "What form?  In the form of what?"   He answered with Three Morsels In The Form Of A Pear ; in fact there are seven movements to the piece.  Satie was never one to let sleeping dogs lie.
Is it the asymmetrical shape that makes the pear an appealing form for sly humor?  The British folklorists Peter and Iona Opie collected numerous puns, riddles, etc. based on the wayward fruit.   The origins of the pear are so ancient that every civilization can lay claim to it.  It may come as a surprise to realize that not all its varieties are 'pear-shaped.'

Today is the birthday of the poet Brenda Hillman.

I am indebted to Jules Janick's delightful essay The Pear In History, Literature, Popular Culture, And Art (Purdue University) 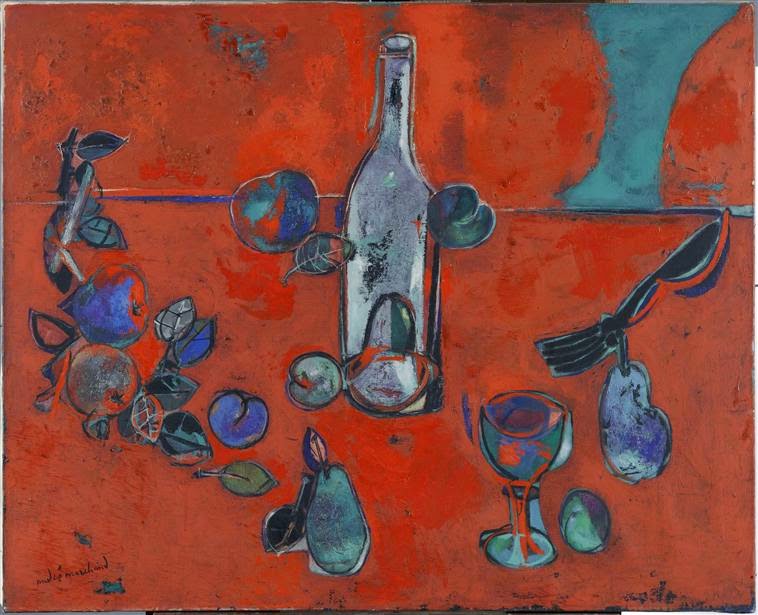 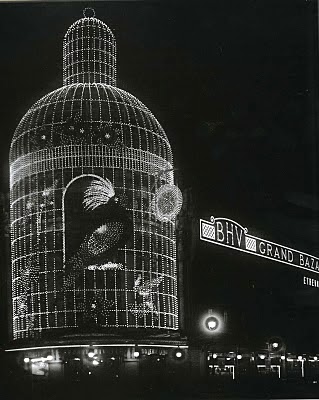 "Paris was where the twentieth century was."- Gertrude Stein


Les Annees Folles (The Crazy Years) as the French called the year between the two world wars, were heady ones for modern  design. The official name of the 1925 Wold's Fair was Exposition des Arts Decoratifs et Industriels Modernes, in preparation for more than a decade, postponed due to war in Europe.  The French were eager to reassert their role as the world's arbiter of good design. Post-war prosperity made it possible once again for the middle classes to shop freely, and the designers and department stores that participated at the fair were eager to lure the public to spend with grand pavilions, each one more dazzling than the next. 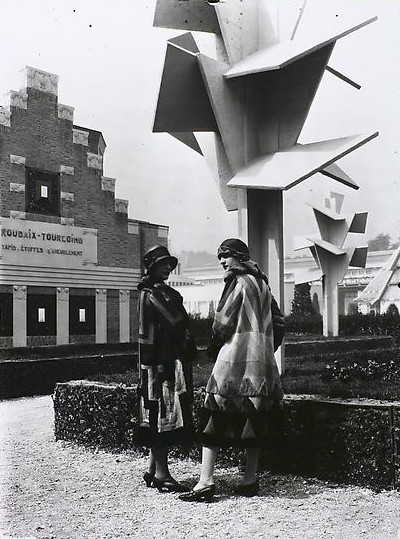 Like the 1925 exposition itself, modern design was then largely a Parisian phenomenon, extending piecemeal to the suburbs with an occasional outpost on the Riviera (think the Villa Noailles designed by architect Robert Mallet-Stevens).  Much of what was on display at the exposition was commercial in nature, aimed at encouraging the war-weary public to spend  its newly-acquired wealth. Most of it  turned out to be conventional and not radical at all.   The iconic Cubist trees at the French pavilion were a cheeky exception, subjected to ridicule in the contemporary press: “one cartoon depicted a baffled gardener debating whether to water them.”

Although we now think of 1925 as the year of Art Deco, that term was only coined in the 1960s by Bevis Hillier, a British art historian.  At the time, the style was generally referred to as Paris moderne and its foremost chronicler was an American expatriate named Therese Bonney who  had founded the first  illustrated press service specializing in French design and architecture - the Bonney Agency - which eventually supplied as many as 350  photographs a month to publications in dozens of countries.   So who was Therese Bonney and why don't Americans know more about one of our own?

She was born Mabel Therese Bonney in Syracuse, N.Y in 1894.  Her mother was a bookkeeper and her father an electrician.  The family grew in 1889 when  a  sister, Louise, was born.   The Bonneys had lived in New York State for several generations, so when they moved to California around 1903, first to Sacramento and then to Oakland, it was a momentous change for a family of modest means. 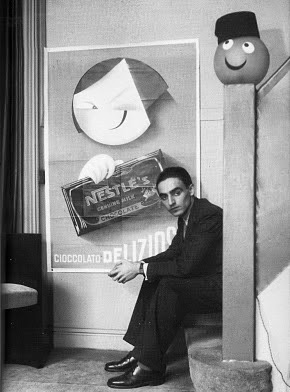 While in high school, Bonney began earning money by tutoring other students in  French and Spanish. She  dropped her first name, considering it too prosaic and not French enough for this budding Francophile; from then on she would be known simply as Therese Bonney.
After graduating from U.C. Berkeley in 1916, Bonney came east alone to attend Radcliffe College where she earned a master's degree in Romance Languages.  New York City had many attractions, not least in halving the distance between a West Coast Francophile  and Paris.  Bonney found her first  job in the city with the Theatre du Vieux Colombier, then on tour in North America.  From this foothold, Therese was able to send for her sister Louise;  the two young women opened a bookshop specializing in French theater, with Therese doubling as the official English translator for the  French actress Sarah Bernhardt. 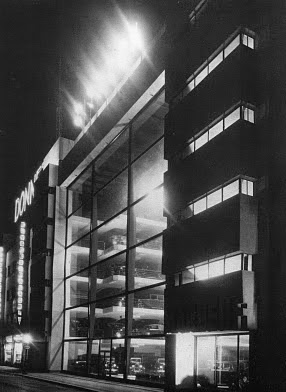 Within months of the Armistice, Bonney sailed for France early in 1919, supported by a newly-created  position with the American Association of Colleges; she was to set up a student exchange program.   Arriving  in Paris, Bonney received a scholarship from the Sorbonne to complete a doctorate (begun at Columbia University) on the theatrical works of Alexandre Dumas. She earned her doctorate in just two years (the youngest person and only the  fourth woman to do so).
Torn between an academic career and promoting Franco-American cultural relations, Bonney turned to journalism to support herself,  serving as  correspondent for newspapers in Britain and the U.S.   It may have been her stint as  Paris fashion correspondent for the New York Times (1923-1928) that led her to try modeling or it may have been her friendships with fashion designers Jeanne Lanvin and Sonia Delaunay.  At any rate, word reached her hometown where the Syracuse Herald reported that Bonney had been "acclaimed the most perfect da Vinci model in the world." 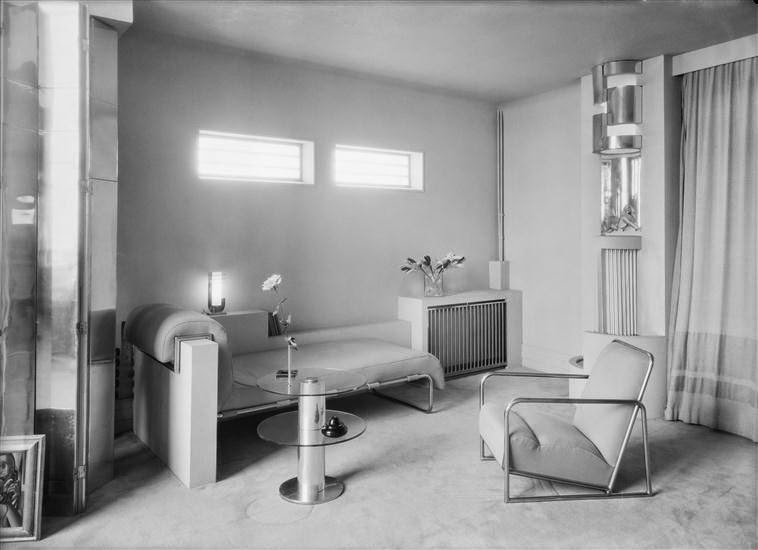 Among her circle of friends were several artists who painted her portrait: Robert Delaunay, Alicia Halicka, Raoul Dufy (three times) and Georges Rouault (six times!).  Bonney snapped Tamara de Lempicka touching up a portrait of her husband Tadeuz, possibly an insider's joke at the rumors that Bonney affixed her name to work done by other photographers. (How many women creators have seen their efforts attributed to others, namely men). In another photograph Boney captured the impish Italian caricaturist Paolo Garetto in an uncharacteristically somber pose, framed by his creations that wink and roll their eyes as a signal to the viewer that they know better.
Bonney often liked to shoot from curbside, calling streets the “true democratic museum.”  Among her memorable street shots are Jean Carlu's decorated soap truck and the sign for the emporium L'escargot d'or  (The Golden Snail).   Her sensitivity to what made something 'moderne' extended to the effects of artificial light.   Which is the more surprising discovery: that the bar of the Hotel de Ville is transformed into bottle of booze or  that the Citroen showroom in the rue Marbeuf looks like a parking garage? 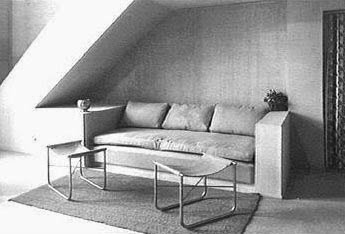 “Our furniture and our homes are of the past, ” Bonney lamented of homegrown American design.  In the New Yorker Robert McBride she found  a publisher for a series guidebooks including Buying Antique and Modern Furniture in Paris, A Shopping Guide to Paris, Guide to the Restaurants of Paris, and French Cooking for Americans. .This last anticipated Julia Child by decades. For the New York department store Lord & Taylor, Bonney would arrange an exhibition Modern French Decorative Art in 1928, followed by a number of traveling exhibitions that appeared at the Metropolitan Museum of Art and the National Gallery in Washington, D.C. 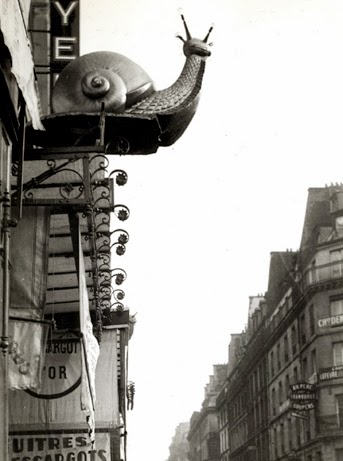 Therese Bonney donated 4,000 of her photographic prints to the Cooper-Hewitt Design Museum in the late 1930s, while she and Louise,  an industrial designer, were involved in the planning for the 1939 World's Fair at Flushing Meadows. In 1985 the museum presented the exhibition Paris Recorded based on the Bonney collection.  It surveyed her work from the 1920s documenting the evolution of interior design following the watershed Exposition Internationales des Arts Decoratifs held in 1925.  Therese also served as an official of the 1937 Paris World's Fair.  She had never been busier and more in demand.

Addendum: 03/24/2015.  I note with dismay that the Shaffer Art Gallery at Syracuse University, on its Facebook page, misidentifies a photo of Therese Bonney, taken in 1942 for the New York World Telegram while she was covering WWII in Europe, as being the image of Margaret Bourke-White.  The woman who received awards from the Sorbonne, the Belknap Award from Harvard, the Croix de Guerre and the Legion d'Honneur from the French government, still can't get any respect in her hometown! 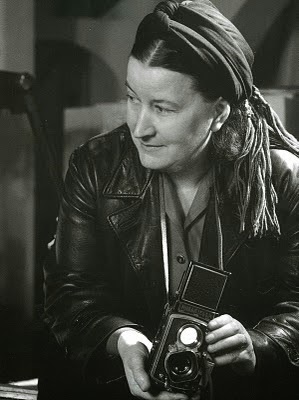