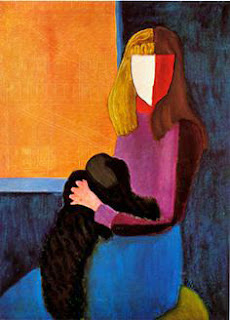 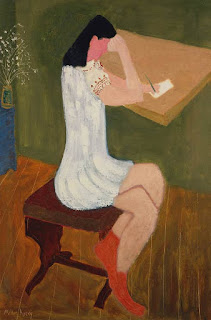 Images.
1. Milton Avery - Seated Girl with Dog, 1944, Neuberger Museum, Purchase.
(This painting was used as the cover image for the 1982 Virago reprint of That's How It Was)
2. Milton Avery - Girl Reading, Philips Collection, Washington, DC.
Posted by Jane Librizzi at 1:05 PM No comments: