“…;suddenly coppery bright as a patch of sunlight moved across them. The field beyond was a sudden emerald, with sprouting aftermath; and there were distances of deep, aqueous blue.” - Janet Lewis

"Her books possess a quality of deep repose, a kind of distilled wisdom in the face of human disaster and pain, which is difficult to describe and impossible to imitate, but which, once encountered, is unforgettable." - Dick Davis, British poet, writing about Janet Lewis

The pairing of paintings of Nell Brooker Mayhew with the writings of Janet Lewis strikes me as a happy one.  Both women were born in Illinois, studied in Chicago (Brooker Mayhew at the School of the Art Institute, Lewis  at the University of Chicago) and eventually moved to California, where they experienced a feeling of simpatico with its alien landscape.  Both also experienced the pull of  French art;  Brooker Mayhew's paintings display an Impressionistic handling of paint and the effect of light in her perception of landscape and for Lewis, her writing was the richer for her living in Paris.   Left alone with two daughters to raise, Brooker Mayhew worked hard to support them in southern California  while Lewis  married a professor at Stanford University.
Having written  about Nell Brooker Mayhew before, I'll concentrate here on Janet Lewis and the question of how the author of "one of the most significant short novels in English" is so seldom honored.  Janet Lewis (1899-1998) certainly lived long enough and her admirers were a constellation of stars, among them  W.H.Auden, Louise Bogan, and Evan S. Connell who wrote "I cannot think of another writer whose stature so far exceeds her public recognition."
Lewis majored in French and began to write poetry while at the University.  She met her future husband, the poet Yvor Winters at the campus Poetry Club and, although she always loved poetry best, eventually turned to writing fiction to earn a living.  “I began as a poet.  Very small sized too.   My first published poems, or practically the first, were about Indians, about Manibozho, and the legendary Indians of the Ojibways.”
For her graduation in 1920, Lewis's father gave her a round-trip ticket to Europe.  In the event, she stayed in Paris for nine months, working at a passport office near the Arc de Triomphe.  She returned  on a Guggenheim fellowship in 1950.  In retrospect, the three novels Lewis wrote that have been called "novels of circumstantial evidence" read as trans-Atlantic love letters.


"Blood in Paris, after Saint Bartholomew,
Blood of Awatobi, for a cause so similar,
and it was only yesterday.  In time,
Less than three centuries.
Purcell was only lately dead.  Racine
Lived almost inot the hour of disaster.
Above the careful gardens of Versailles.
Madame de Maintenon and Louis styled the Great
Dreamed of a single faith for France,
And the Huguenots of France
Were fled to England..."
-  excerpt from "Awatobi" by Janet Lewis, in The Ancient Ones 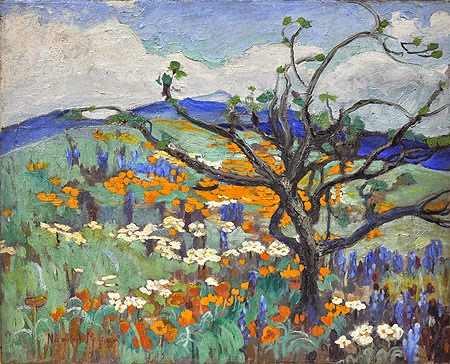 It must have struck Lewis as a divinely pointed finger when she received a copy Famous Cases of Circumstantial Evidence, a 19th century expose of cases of justice gone wrong.  The Stanford community was in shock when  a man named David Lamson, was accused of killing his wife in their campus home.  The evidence was circumstantial and speculation was the result..  Was the woman's death murder or an accident?  The case was tried, appealed, and tried again, before Lamson was ultimately acquitted.
Inspired by contemporary events, Lewis began a series of novels based in historical events, notably the tale of a 16th century French peasant, Martin Guerre.  The bones of the story were these:  Martin Guerre deserted his wife Berrtande de Rois for eight long years - and then he returned, a changed man.  Where once he had been harsh and unkind, now he was a loving husband.  But the wife and the community that welcomed him back eventually began to have doubts.  Was Martin Guerre really a changed man or an imposter?  Eventually a trial was held and Martin Guerre's fate rested on the testimony of Bertrande.  Lewis wisely chose to tell  the story in The Wife of Martin Guerre through Bertrande, as the moral dilemma was hers.  Completed in 1935, the novel went unpublished until 1941.  Lewis was not done, with this moral tale and returned to it again, writing the libretto for an operatic version in 1958. (She also wrote the libretti for other operas: Mulberry Street, based on a story by O. Henry, Birthday of the Infanta from a tale by Oscar Wilde and The Last of the Mohicans.)  Twenty-five years later historian Nathalie Zemon Davis was researching a book about the trial and also co-wrote the screenplay for a film version, The Return of Martin Guerre, starring Gerard Depardieu as Martin and Nathalie Baye as Bertrande.   Critics hailed it as one of the most historically accurate movies ever made. 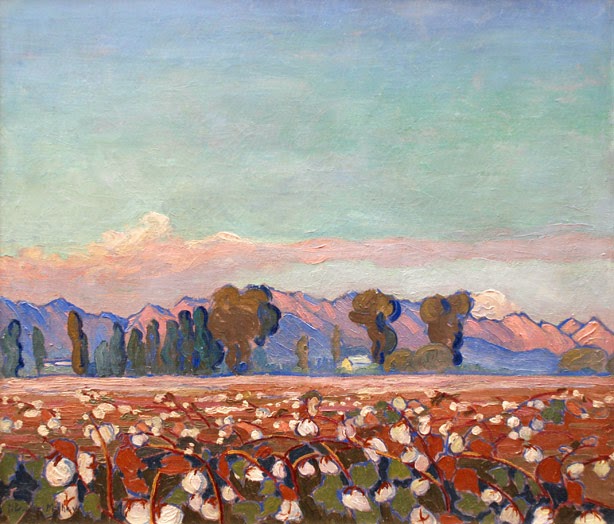 “ It appeared with the colors of a pearl, pinkish, white, faintly green and flecked with pale gold, as if all the colors might be the effect of the late sunlight.” - Janet Lewis, lines written about the coast of Normandy above Le Havre while living in northern California, from The Ghost of Monsieur Scarron.


The other novels of circumstance were The Ghost of Monsieur Scarron and The Trial of Soren Qvist
Lewis considered Scarron her best novel.   Also set in France,in 1694, it is the story of a poor Parisian bookbinder.  Into the lives of Jean Larcher, his wife and son, comes Scarron, an opportunist and distributor of incendiary political pamphlets.  Three humble lives are pitiably ruined and an innocent man is hanged for treason.  Also dating from the  17th century, but this time set in rural Denmark, the characters are  a poor pastor named Soren Qvist,  the wife of a taverner, and a traveler.

"Lone Tree And Poppies" is beautiful.
A painter to discover, thanks.

Tania, you might also like Brooker Mayhew's prints. I put a link to the article I wrote about them. She worked very hard to do something original in her color etchings. Glad you like her work, too.

I forgot it, thank you.