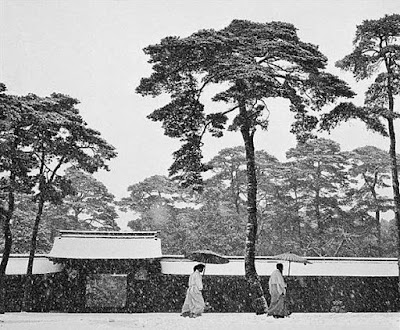 "I must say that this work means a lot to me, because it has to do with life. And every day brings new thoughts, new problems that help you to stay flexible. It's not necessary to lose your sensitivity, but to save these things, man has to be saved first, and we are the enlighteners, the stimulating force that opens the eyes of our fellow man." - Werner Bischof

Even people who aren't sure what distinguishes Shinto from other forms of Buddhism or of the time period of the Meiji Restoration in Japan, much less all those who have yet to know the work  of the late Swiss photographer Werner Bischof, may have seen his photograph Shinto Priests at the Meiji Temple. 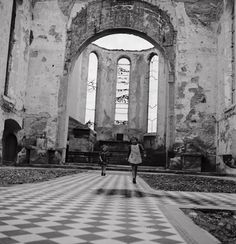 On April 26 it will be one hundred years since Werner Bischof was born in Zurich, Switzerland.  After finishing his studies, Bischof opened a studio there in 1936 but he only became well known outside his native country after his war reportage from Germany was published in 1945.    For Bischof, the war changed everything; where he had produced sophisticated images  that combined human subjects and various abstract aesthetic experiments, he turned to what has been called humanist photography or, in the words of his friend Ernst Haas, "a stone became a world, a child was all children, war, all wars."


Bischof was an early member of Magnum, an international photographic collective, founded in Paris  in 1947.    It was  Maria Eisner of Milan who brought together the group  who founded  Magnum:  Henri Cartier-Bresson, Robert Capa, David Seymour, George Rodger and William Vandivert.  Eisner ran the Paris office while Rita Vandervert headed the New York bureau.  The idea for the group is attributed to Robert Capa; Werner  Bischof  expressed it this way.  "I felt compelled to venture forth and explore the true face of the world. Leading a satisfying life of plenty had blinded many of us to the immense hardships beyond our borders." 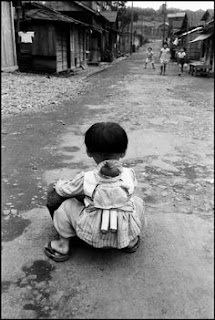 Venture forth Bischof did and, in the seven years that were left to him, traveled to Asia where he photographed farmers in Korea and Indochina (now Vietnam), starving peasants and workers at the new Tata iron-works in India, and street life in Hong Kong.  His best known works from circa 1950 are his images of Japan - his attempts to make comprehensible the devastation that remained for years after the atomic bombs dropped by American military planes in 1945 counterpointed by his serene images of Kyoto, an old Imperial city and the former capitol, a city that riveted Bischof's imagination.


“What I have seen in the last days could fill a book, from the enchanting silver pavilion, to the imaginary lake of moss, the mossy waterfall, a wild garden stone Buddhas covered in stone basins for washing hands...a thousand wonders." 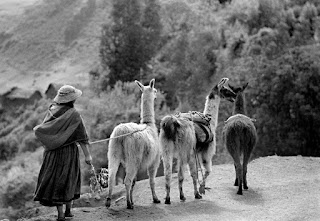 In 1954, Bischof came to the Americas, traveling through Mexico, Panama and, finally, to Peru where he photographed the people who lived in remote rural villages in the Andes.  On  May 16, Bischof died in an accident, when the Jeep he was riding in went off a narrow mountain road (similar to the road between Cuzco and Pisac) went over a cliff.  Nine days later and on the other and  side of the Pacific Ocean, on assignment for Life magazine in Indochina, Robert Capa got out of a Jeep to take photographs and stepped on a landmine.

Bischof left behind a wife and a four year old son, Marco.  Werner's widow, Rosselina,  organized and preserved his proof sheets, negatives, letters,  drawings and  diaries for the future.
And finally a question of a more cheerful sort.   Why are the penguins crossing the road?  For all his  seriousness of purpose, Bischof had the wisdom that Ray Bradbury encapsulated in the remark,  "We have our arts so we don't die of the truth."     In Scotland, in Edinburgh, in 1950, Bischof took dozens of photographs of penguins strolling along the city streets. Sometimes the penguins watched cars go by, sometimes children watched the penguins go by.   The penguins were guided along by their own Pied Piper, the zoo director, on a weekly mission  to attract visitors to the Edinburgh Zoo.

More about Werner Bischof  is here and here. 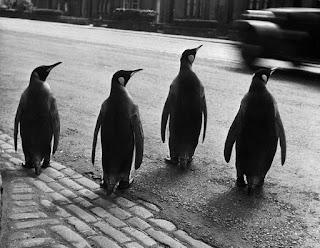 Images: All photographs by Werner Bischof are from the Magnum Archives.
1. Shinto Priests  at the Meiji Temple, 1951.
2. Friedrichschafen - children playing in a bombed out building, 1945.
3. Girl with Puppet, 1951.
4.On the road between Cuzco and Pisac in the Andes, 1954.
5. Penguins strolling in Edinburgh, Scotland, 1950.

I have been doing a bit of thinking about Robert Capa recently, even though 1947 is really too modern for the subjects I teach. Nonetheless I would now like to pursue Magnum further, including Maria Eisner and Werner Bischof. Thank you.

Hels, both Werner Bischof and Robert Capa spent a lot of time on your side of the globe. That Magnum lost both of them within ten days of each other is horribly sad, I think.