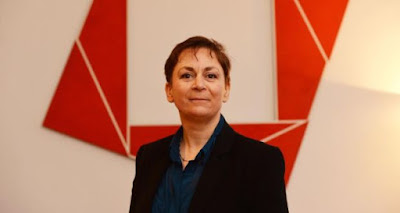 It begins again.  Or it never ended.  Take your pick. The recently released Cambridge Companion To Irish Poets covers four plus centuries of Irish poetry but finds room to include only four women  along with twenty-six men.   So far, more than Irish 250 women writers have signed a pledge that begins: “The Companion is part of a larger process by which the significance of works by women is attenuated as they become inaccessible or obscured, simply by virtue of their absence from canonical textbooks.”   This state of affairs is not unique to Ireland, of curse.  Man Booker Prize winner Anne Enright credits the #MeToo movement for stoking the head of steam powering this action.  “Prejudice against women is a universal crime with zero perpetrators. Irish men are lovely, Irish poets are especially lovely – what on earth could be the problem? There is an amazing series of defences between men and this conversation,” Enright notes wryly.

Anne Enright became  the inaugural Laureatefor irish Fiction in 2015.   Her most recent novel The Green Road (2015) was long-listed for the Man Booker Prize; she won the prize in 2007 for The Gathering.

I offer a few suggestions from my own recent reading for your delectation and look forward to your responses. 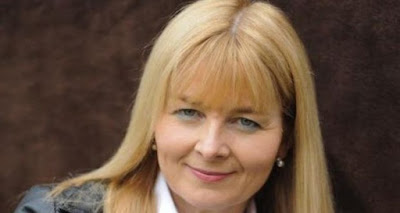 "For two days people have been coming and going and now there is something near.  She wishes everyone would go home and let the house be quiet again.  The summer is gone.  Every days the leaves fall off the trees and blow down the avenue." - excerpt from Academy Street


Tess Lohan is a little girl living in rural Ireland whose world is irrevocably bent when her mother died from tuberculosis.  Mary Costello's debut novel Academy Street takes its title from the street where Tess Lohan finds a home when she emigrates to New York City.  A nurse, Tess is a quiet character, often overlooked by others, yet her seven decades are full of acute observation and passionate emotion.  Her lonely childhood has made it difficult for Tess to connect with other people, especially men.  She has a child but as he grows up they grow apart. Costello compels us to acknowledge how homesickness and  unattended sexuality shadow a life. 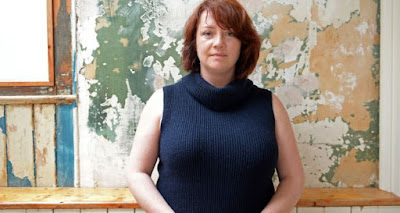 What Anne Enright calls "bog gothic" is the trio of a mentally troubled mother, disabled brother, and a pervert of an uncle who form the cast of Eimear McBride's novel.  Told through the brother, whose brain damaged condition is the cause of his sister's guilt as well as her only solace,  A Girl Is A Half-formed Thing is a succinct, difficult book to read, but never less than riveting.  The sister is, of course, the half-formed girl of the title.  According to fellow author Anne Enright, it took Eimear McBride nine years to find a publisher for this startling first novel.  McBride, born 1976,  is from a generation that knows it stands on the achievements of Edna O'Brien and says frankly, "I'm sick of having to live the agenda of angry men." 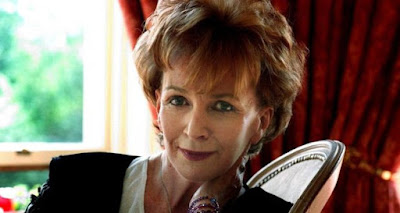 "On the 6th of April 2012, to commemorate the twentieth anniversary of the start of the siege of Sarajevo by Bosnian Serb forces, 11, 521 red chairs were laid out in rows along the eight hundred metres of the Sarajevo high street.  One empty chair for every Sarajevan killed during the 1,425 days of siege.  Six hundred and forty-three small chairs represented the children killed by snipers and the heavy artillery fired from the surrounding mountains." - excerpt from The Little Red Chairs

Even writers you think you know well  can surprise you.  In her first novel in a decade, Edna O'Brien, Ireland's most famous living writer, creates an undisputable masterpiece (there, I used that word!).  The Little Red Chairs is large, but no larger than need be, spectacularly plotted, and has a central character who shifts shape as the novel unfolds.  A war criminal who has fled his home in the Balkans, he washes up on the shore of Ireland.  The local garda don't quite manage to arrest him, a nun offers to test his claim to be a holistic healer, and a lonely woman named Fidelma challenges him to give her a child.

O'Brien's sharp eye for the telling details of modern life is no surprise, as is her clear-eyed assessment of the grittiness of Irish life.  That she moves between rural Ireland and cosmopolitan London we take for granted from the author of The Country Girls Trilogy from the 1960s. What is dazzling  is the way that she moves between the minds of her characters with utter conviction  a conviction we marvel at as we accept it.  Leavened with  mordant humor that may seem surprising but is utterly true to life.

Read the article "A Tipping Point " at The Guardian.

Posted by Jane Librizzi at 7:45 AM