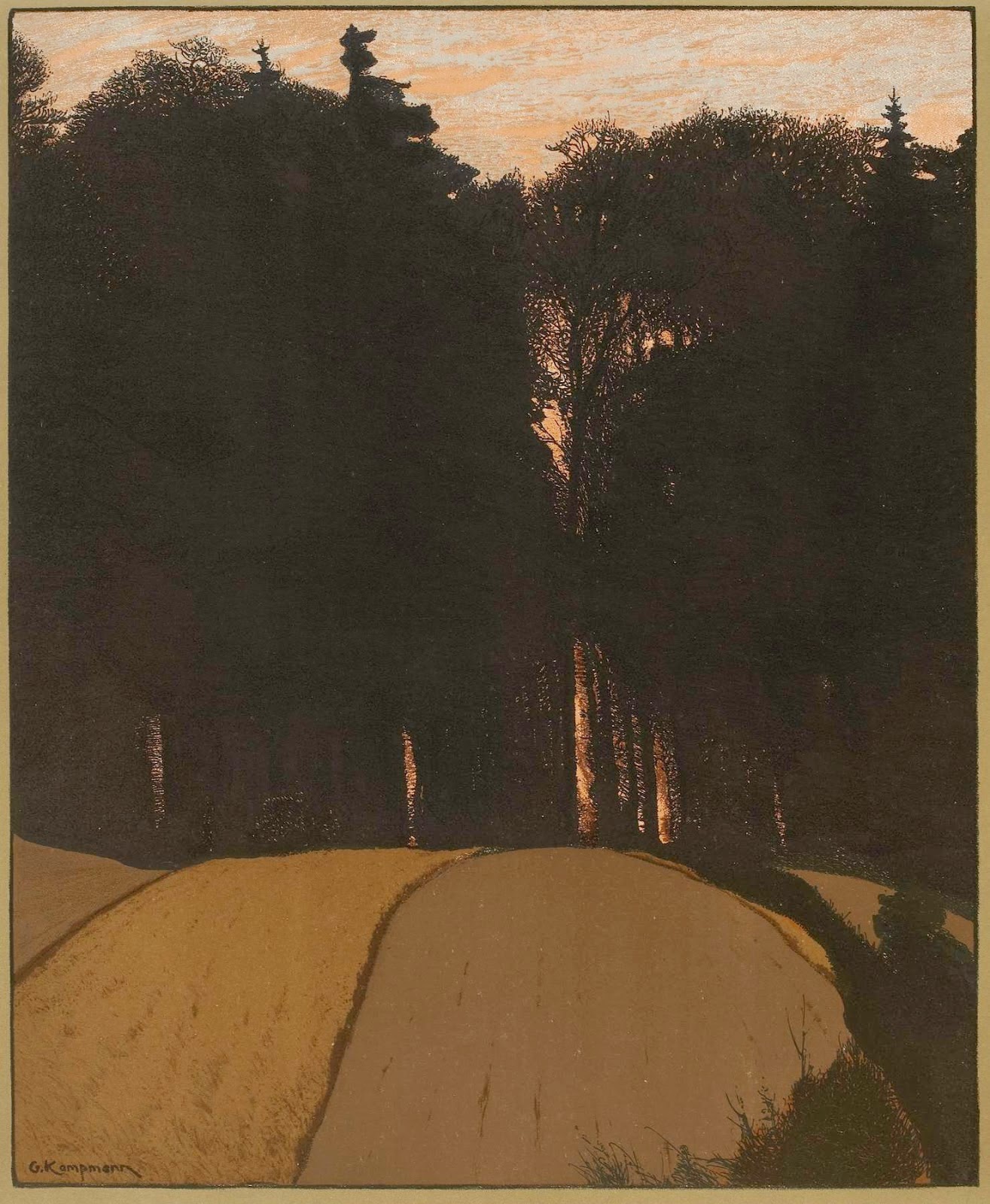 "Never lonelier than in August:

Hour of plenitude – the countryside
Waving with red and golden tassels,
But where is your pleasure garden?

Soft skies and sparkling lakes,
The healthy sheen of fields,
But where is the pomp and display
Of the empire you represent?

Everything lays claim to happiness,
Swaps glances, swaps rings,
In wine breath, in the intoxication of things,
You serve the counter-happiness, the intellect."


“Never Lonelier” from Impromtus by Gottfried Benn, translated from the German by Michael Hofmann, New York, Farrar, Straus and Giroux: 2013.

When I studied literature in college, the  German writer Gottfried Benn was the author of odd and disturbing short stories, one among several middle European writers (Georg Buchner, Heinrich von Kelist, Ilse Aichinger, Gerd Gaiser) who, taken together painted an unrelievedly dark picture of life.   I still have that collection Great German Short Stories, edited by Stephen Spender.
Recently, I've been reading, as in picking up and putting down, a new translation of Benn's poetry (who knew?) by the German-born poet Michael Hofmann.  In his introduction Hofmann writes "Benn can scarcely be said to exist in the English-speaking world."    To Hofmann, Gottfried Benn is the most significant German poet of the 20th century after Rilke, and he may be right.  Benn, though, is an entirely different sort  Caught between the highbrow and the lowlife, Benn's first published volume was Morgue and Other Poems (1912), and the selections included in this new collection (Little Aster, Beautiful Youth, Circulation,etc.) are as grisly as you can imagine.  A doctor who specialized in dermatology and venereal diseases, Benn didn't need his stint in the German Army during WWI to view the world through hostile eyes.  That said, his early admiration for the Nazis, based partly on his oppositional bent, was not returned and he lived through WWII in bitter internal exile.
"I would be astonished if anyone were to read them," Benn wrote about his own poems  in 1921, treating himself  as though he were already dead.  The real astonishment in reading a poem like "Never Lonelier" is the thought of how long Benn's work has been away.

Image:
Gustav Kampmann, Herbstabend (Autumn Evening,)) 1900, National Gallery of Canada, Ottawa.
Kampmann (1859-1917) was a German artist who committed suicide by slashing his wrists after contracting an eye infection during WWI that made making art a misery.

Posted by Jane Librizzi at 10:26 AM No comments: