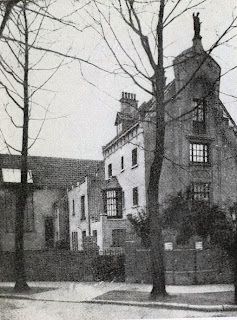 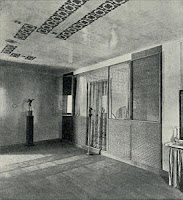 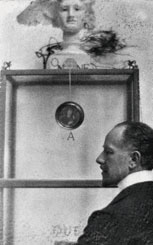 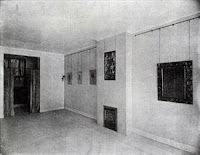 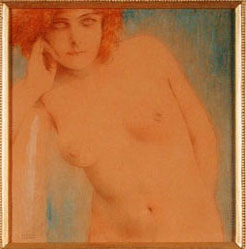 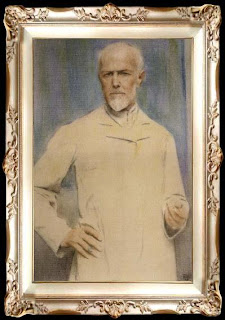 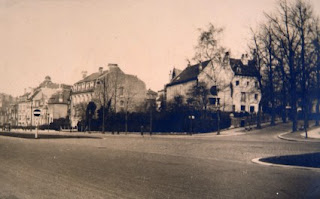 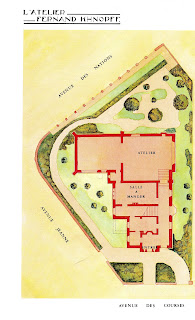 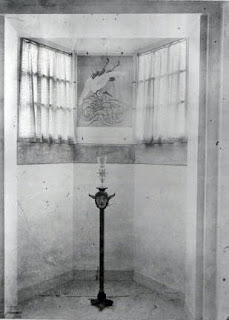 I've been loving all these Fernand Khnopff articles you've been posting lately. Thanks so much for shedding light on someone who is quickly becoming a new favorite!

I've been following your Khnopff posts with great interest and pleasure. They're terrific. Curtis

Vincent, Khnopff's work repays the attention. Because Khnopff was reticent about many things, others have been rather free in filling in the blanks. (A polite way of saying that takes awhile to sift through the verbiage out here.)

A Craven, thank you! I've struggled with Khnopff. Seeing one of his pastels in person at the group exhibition "Face To Face" - and what a marvel it was - made me determined to try to do his work some small measure of justice.

You've done us and Khnopff a great service. About a year ago, I used a number of Khnopff paintings, as well as photographs of the house, on my blog as illustrations for various texts. In each case I thought the works and the juxtapositions made the artistic sense I was looking for, but I think you've clarified things really beautifully, which takes a lot of effort and discipline. But that's typical of The Blue Lantern. Curtis

Thank you for your appreciation, Curtis. It makes me think that I have succeeded in some small measure.

I was delighted to read "The house/studio at 41 rue des Courses in Brussels between 1900-1902 was constructed in the Austrian modernist style with plain white surfaces and geometric forms outlined in black". This suggests that not only were the Austrians having success with modernism in Vienna etc; other Europeans felt it was a role model for their own societies.

I was also delighted to read that "Khnopff shared the Socialist sympathies of many Symbolists, like Horta who designed La Maison du Peuple for the betterment of the working class." Too often artists watch their own society almost as an outsider, and don't want to get involved in any real way.

But families who destroy an artist's history, as soon as the artist is safely dead, make me sooo angry. It happened to Turner as well (by his agent, but same thing).

Thanks so much for your interesting comments!
Fernand Khnopff and Adolphe Stoclet provided conduits between the "new" art between Austria and Belgium.
The Belgian Symbolists were, generally speaking, much more politically engaged than their counterparts in other countries. Belgium led in industrialization and the 1880s was a decade of harsh conditions for workers and social upheavals.
I don't know why Khnopff's family destroyed his papers. He may have requested it, given his personality. My guess that he wanted Villa Khnopff to be his lasting statement on his art doesn't necessarily conflict with that. But the ignominious destruction of Villa Khnopff, that he took such pride in, by feuding nephews shows how we all lose influence over our legacy when we are no longer there to defend it.

Hi I wanted to learn more about the influence of the Church of the New Jerusalem on Khnopff. Could I get the source where it mentions he went to the church?

KP, welcome. I've read everything I could get my hands on - both in English and French - about Khnopff and, without benefit of footnotes, at this point, can recommend two books.
1. The Symbolist Art of Fernand Khnopff by Jeffrey Howe, UMI Research Press:1982.
2.Fernand Khnopff, 1858-1921 by Frederik Leen,Royal Museum of Fine Arts,Brussels: 2004.

It was difficult to sift through the speculations about Khnopff. His strong sense of privacy invites all kinds of "filling in the blanks." But beware.
I should have included the following quote in one of my Khnopff articles “If stupidity becomes so persistent that it pushes you beyond all possible endurance, amuse yourself by playing a charming practical joke which is intelligently conceived, cruelly carried out, and punctuated at its close by a discreet laugh which is the concentrated and sublime expression of joy. " Fernand Khnopff, as translated by Mary Anne Stevens, London, Phaidon Press: 1973.
Hope this helps.