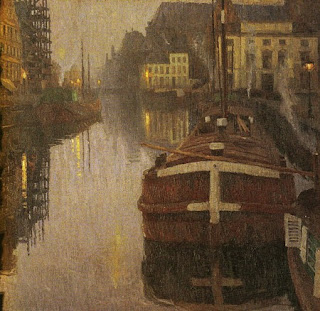 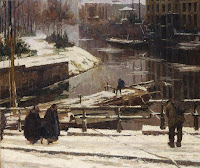 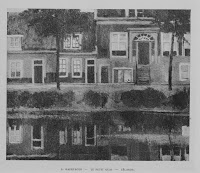 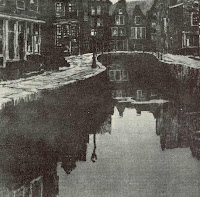 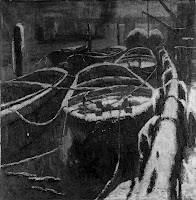 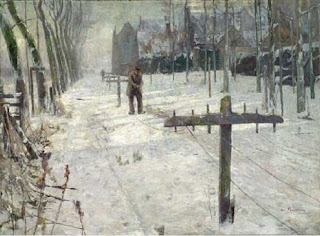 Jane,
Thank you for this illuminating insight into the work of Baertsoen (and for the previous on Belgian art). For such a small country, it has produced such a wealth of diverse and distinguished artists, many of them not as well-known as they deserve to be. Ghent is still a fascinating and rewarding city to visit and a real highlight is van Eyck's wondrous "Adoration of the Mystic Lamb" polyptych in the cathedral. Work, of course, from an era long before Baertsoen's, but truly the jewel in Ghent's crown.
Best regards,
Andy.

My name is Maria Horvath and I have a blog of daily poems and complementary images.

As host of this blog I have chosen your beautiful blog for a Versatile Bloggers Award. Please check it out here:

You have an affinity with these poets of twilight, Jane. This is a lovely tribute to an artist who should be much more celebrated. Emile Claus is probably better-known, but both are woefully underrated. Thanks.

thanks for this tribute to Baertsoen! (you really capture the essence of a certain period in Belgian art - & this is a native Belgian speaking! :-))

Thanks for your good wishes, Maria.

Neil, countless hours walking at night make me feel right at home with certain images. I've also visited the Frick Museum in NYC several times. The two things connect because "Henry Clay Frick: An Intimate Portrait" by Martha Frick Symington Sanger (his great grand-daughter)made such a vivid impression on me. The author describes how Frick assembled his great art collection, the personal resonances he experienced with art, aside from aesthetic admiration. I think critics often overlook or don't talk about how this kind of experience influences their work. This strikes me as odd when we talk so much about our selves and our preferences. It may be that the large amounts of money at play in the art market make affection a suspect category.

Ffflanuer, thank you! I haven't been able to visit Belgium. Several years ago, my husband's parents took a trip by canal through Belgium to the Netherlands. What a delightful experience it was that they brought back with them.

Jane, I've only visited the Frick once, but I enjoyed it greatly. I was under the impression his collection had been assembled for him by advisors, so I am interested to hear that that is not so. I'll try to look out the book by his great-granddaughter.

Neil, Sanger's book is interesting on the formation of Frick's taste. It combines art and biography in a compelling way. Of course Frick could afford to have advisers; he could also afford to ignore them when the spirit moved him.