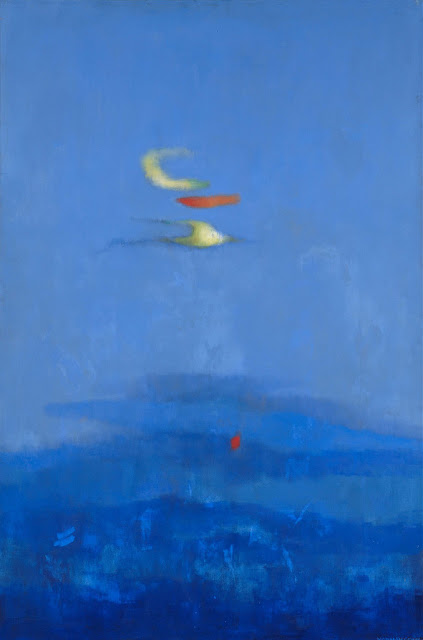 Measuring about six feet tall by four feet wide, Heroic Evening has the scale its title suggests. It is an especially optimistic version of forms that Lewis often used in his paintings.  For Lewis,  flickering lights or procession could represent lynch mobs or Ku Klux Klansman on the march but here the wave-like layers of blue seem benign, reminding us that we too are water.    I can never finally decide whether I think I see birds  soaring above clouds or fish  darting near the ocean floor or an abstract  vision of human emotions. The little dab of red among the waves may be a reflection of the setting sun. Even without its title, this is a visionary work, a picture to spend time with, and be immersed in.