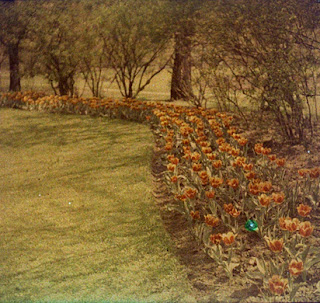 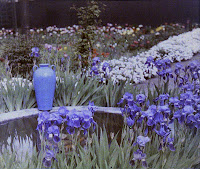 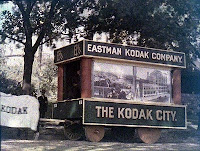 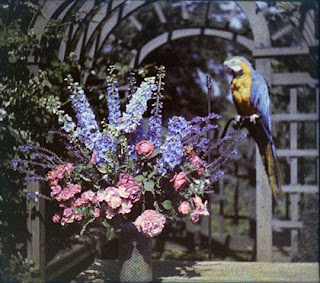 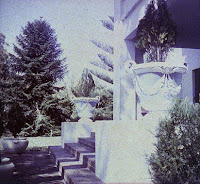 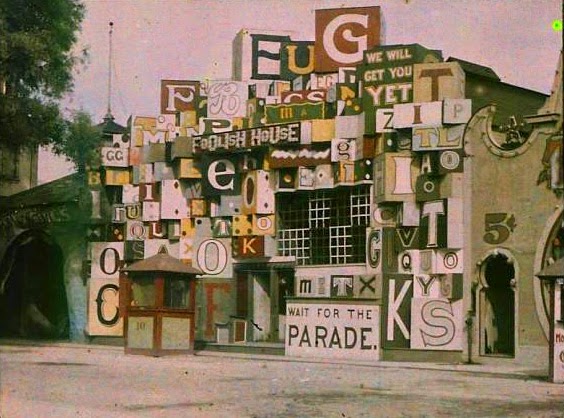 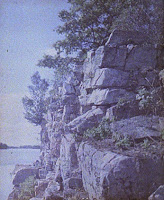 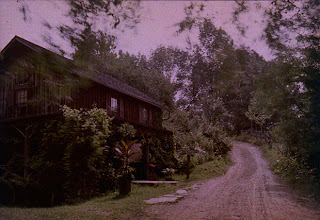 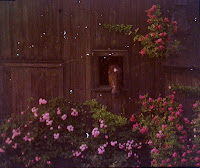 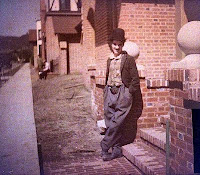 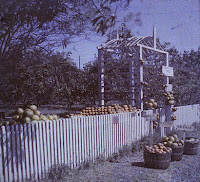 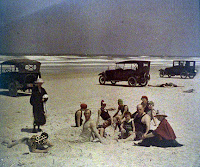 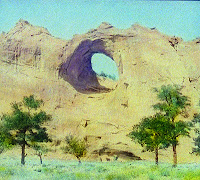 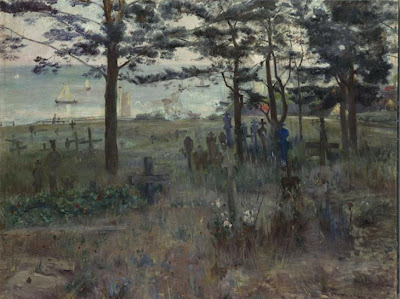 "Die Winde, die Wogen alle
Lagen in tiefer Ruh,
Einem Klagelied aus der Halle
Hört ich mit Tränen zu..."
(The winds and the waves all lay in deep peace.  In tears I listened to a song of mourning from the hall.)


You could almost think of the sea and the cemetery as characters in Theodor Fontane's novel Irretrievable, so pervasive is their presence.  Helmut Holk builds his dream home, Holkmas Castle, on a dune overlooking the Baltic Sea.  From its pleasant Mediterranean-style roof garden, invisible to  passersby, he can savor the sea as a personal possession.

Although Helmut revels in their new home,  his wife Christine, an extremely conscientious mother, is stricken at moving away from the home where their youngest child is buried.  The move underlines Christine's suspicion that her husband is too carefree, too easily healed from the family tragedy.   For Helmut, happy playing gentleman farmer, deferring to Christine's moral and religious scruples is a comfortable habit that sometimes irritates.   Helmut’s lightness has the virtue of  life-affirming optimism.  Christine’s seriousness contains the flaw of inflexibility.  Viewed as a plot device this could be too schematic;  but in a novel of character as Irretrievable is, it is revelatory.

As the waves erode the the shoreline, events shape a marriage.   In this case, even self-knowledge and mutual understanding cannot contain the unseen erosion.    Helmut tells his wife:  "I see that I’ve failed to put you in a better temper or prevent you from brooding and being so serious all the time.  I wonder if it’s my fault or yours.”  Christine who is wryly aware of her lack of humor,  replies  “We are both to blame and I perhaps more than anybody else.  You are easygoing and indecisive and changeable and I am sad and take life too seriously, even when it would be better to take it less seriously. You’ve been unlucky in your choice, you need a wife who is better able to laugh.”  Nevertheless they love each other and share a life with their two remaining children, a boy and a girl.

Where Christine's other life is the interior world of memory, Helmut has another existence as a sometime courtier to the Danish princess in Copenhagen.   (Late 19th century  Schleswig-Holstein owed its allegiance to the Danish crown.)  Helmut reveres royalty  but the Princess takes a  more farsighted view: “”We poor princesses have very little left in any case and we have almost been pushed out of the world of reality already,  so that if we lose our place in ballads and fairy-tales, I hardly know where we shall be able to go.”  Helmut wants to be the rescuer of damsels in distress but it doesn’t work out as he imagines.

Where once separations in the marriage refreshed their mutual fondness, we watch as Helmut makes invidious comparisons with other women while  Christine is preoccupied with building a new burial vault for their dead child and arranging the emotionally fraught departure of the other children to boarding school.

Modern readers will be less surprised by their divorce than by their reunion.  Fontane had an uncommon empathy for his female characters, the best-known being Effie Briest.  The narrator in Irretrievable tells us: “Holk, though a kind and excellent husband, was none the less a man of rather ordinary gifts and in any case markedly inferior to his wife, who was a far more talented woman.”  Remarkable then, still remarkable now.

Theodor Fontane (1819-1898) came from a French Huguenot family in Prussia.    His father was a pharmacist whose gambling led to the family's decline.  Unable to afford a university education, Fontane became an apprentice pharmacist and a job brought him to Berlin. There he met  Theodor Storm (Lake of the Bees) and other writers.  Fontane began to write, publishing his first book in 1850 and his first novel in 1878.  Fontane's place in  German literature as the link between Goethe and Thomas Mann was celebrated  by Mann  in his Essays of Three Decades 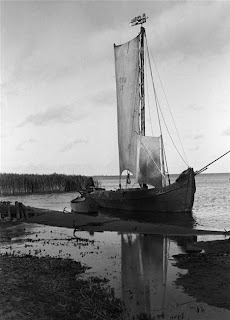 Irretrievable by Theodor Fontane was first published in 1892 and has been translated from the German by Douglas Parmee,  published by New York Review Books: 2011.

May Gearhart: A Pasadena Printer 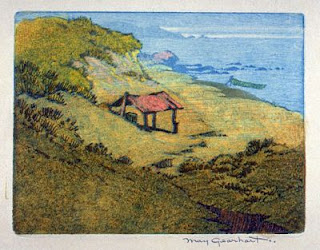 Like Jane Welsh Carlyle before her, if May Gearhart could speak now, she might say, “I too am here.”  Here was Pasadena, California where the Gearhart family moved from Sagetown, Illinois in the late 1880s.  The younger sister of the better-known Frances Gearhart, it was May who had the rigorous education, attending the school of the Art Institute of Chicago and studying for a year with Arthur Wesley Dow at Columbia.  Later, she studied with Hans Hofmann at U.C. Berkeley in 1930.  The youngest sister, Edna, taught art in the Los Angeles schools and all three sisters collaborated on an illustrated verse book for children Let's Play (1929, not published during their lifetimes.) 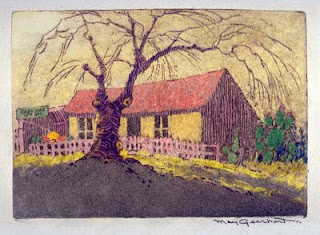 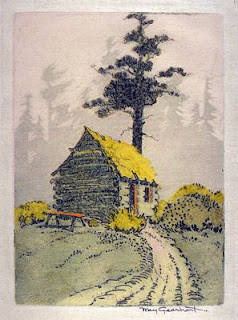 Unlike Frances, whose works are repetitive, May Gearhart’s woodcuts are records of individual places and persons.  A miner’s cabin, a fisherman’s cove, a cottage in rural San Gabriel, all these images confront us with the freshness and delight of discovery in ordinary things.  It is easy to believe that these carefully composed and colored images retain the artist’s original thrill of recognition. 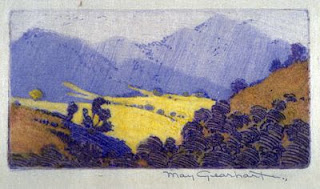 Ventura Valley and Matiljia, two landscapes, show May Gearhart using the same palette of yellows and blues to great effect for different times of day.  In Ventura Valley, the sun comes over the mountains, focusing like a spotlight on the ripening fields, as daylight recedes.   By contrast, in Matilijia the sun is everywhere, the sky is yellow and it is the brilliance of the day that we take away.
The Panamanian Girl immediately charms us, but more than that, it too captures the steady seriousness of a young working girl.  The artist’s vantage point is that of her subject: seated on the ground.  The girl has stopped to rest in the shade of a palm tree, a plate of fruit in her hands and a basket of fruit beside her.  Behind her, the outlines of a small town in the background suggest her destination.
What finally makes May Gearhart's work so satisfying is her ability to make the viewer see the isolated cabin and the sagging red roof as the equals in interest to picture postcard vistas. 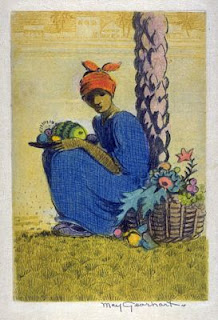 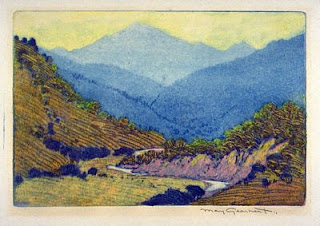