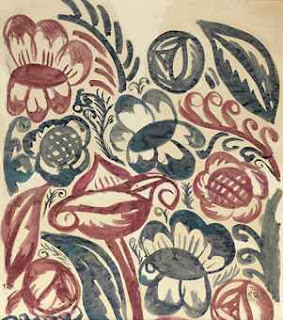 He was the indispensable man, the person who brought together the wild colors of Fauvism, the  plural viewpoints of cubism, interest in the arts of Africa and Asia, and an unapologetic talent for decoration.  In painting, tapestry, stage design, ceramics, and textiles,  Raoul Dufy (1877-1953) was creating Art Deco, a movement that only needed a name, starting in 1910. 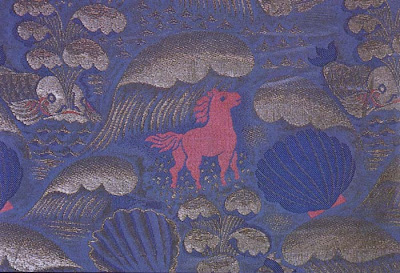 We associate Dufy with perpetual summer and yet he grew up  in the northern French port city of Le Havre, a place of gunmetal seas and overcast skies.   His first encounter with something tropical came at the age of sixteen when he went to work in the office of of a Brazilian coffee importer, inspecting foreign produce on the aptly named  Quai du Commerce. 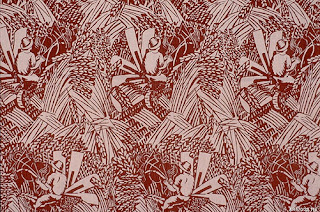 By the time Dufy arrived in Paris he was twenty-three and it was 1900, the year of the International Exposition, which he did not attend.  But the renewed interest in the decorative arts suited his style. Dufy did set himself up in a studio, shared with a friend from home, Othon Frieze who was also an aspiring artist.   They shared the building in the rue Cortot with  Suzanne Valadon and Max Jacob but  Dufy was not a typical Montmartrian.  In Portraits sans retouches (1952) Roland Dorgeles remembered him this way: “He was never seen untidily dressed, without a collar, slouching around in slippers like all his companions.  He loathed bohemianism.  His linen was always clean, his shoes well-polished, and he bore his poverty with a careless pride.” 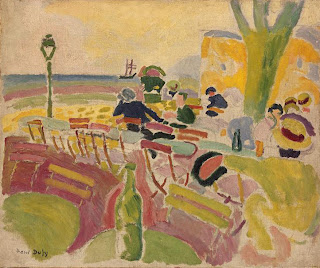 In Terrace Overlooking The Beach (1907)   Dufy used stripes of color to create a sense of space in the absence of traditional perspective, much as he delineated space by adding hatching to otherwise blank spaces in his engravings.His woodcuts for Guillaume Apollinaire's Le Bestiare ou Cortege d’Orphee  in 1910 attracted the attention of Paul Poiret.

Of the two men, Dufy was the younger.  Poiret was already an established couturier, recognized as an innovator in fashion. He was an amateur  painter and collector of African art and the friend of  Derain,  Picabia, Vlaminck, and Dunoyer de Segonzac.     "We dreamed of sumptuous curtains and dresses decorated in the taste of Botticelli," Poiret said in explaining their partnership.  Poiret had recently returned from a tour of the Wiener Werkstatte, convinced that the French were ready and able to reassert their per-eminence in the arts. 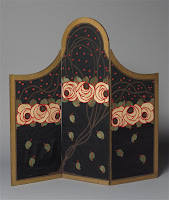 The two set up a studio together on the Boulevard de Clichy where Dufy designed fabrics for furniture.  Dufy was also in charge of manufacturing at La petite usine or The Little Factory, as they nicknamed it.   Poiret later wrote “There were the two of us, Dufy and I, like Bouvard and Pecuchet,  a the forefront of a new profession that would bring us new joys and new excitements.”  Their standing screen (1912) of rambling roses (roses sauvages), falling leaves and  dewdrops is executed with the rigorous geometry that is characteristic of Art Deco.

Also in 1912, the Lyon textile firm of Bianchini-Ferier commissioned Dufy to design fabrics for them, an association that last for two decades.  The French government, too, recognized that something new, voting to sponsor an international exhibition of the decorative arts in 1915.  Surely one historical "what if" is the path the new movement would have taken if war had not intervened. 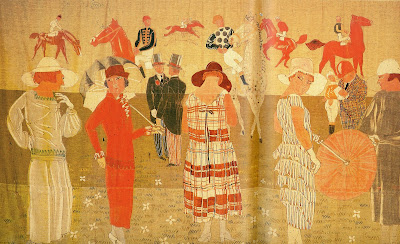 Paul Poiret, a canny publicist, came up with a novel idea to promote their work by parading his models dressed in Dufy's patterns at the races.  Dufy, in his turn, commemorated Poiret's feat in tapestry (Poiret's Models at the Races, 1925, private collection, Flammarion) and gouache (The Presentation of Models at Poiret's, 1941, private collection, Galerie Malingue, Paris) and paintings. 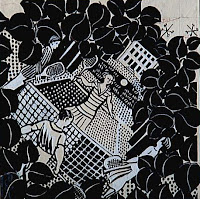 In 1925, Dufy acknowledged his debt to Matisse for “all the new reasons for painting.”  Reflecting on what he had learned from the experience of his own  early attempts, Dufy wrote in his notebook, “Painting means creating an image which is not the image of the appearance of things, but which has the power of their reality.”  This was also the year the world finally discovered Art Deco at  the  International Exposition in Paris.   (The Societe des Arts Decoratifs had been founded in 1900.) In 1937, as another war was simmering, Dufy's La Fee Electricite became the centerpiece of yet another  World's Fair in Paris.


For more:
Raoul Dufy: A Celebration of Beauty, posted at The Curated Object, May 2009.
Dufy by Dora Perez-Tibi, translated from the French by Shaun Whiteside, New York, Harry N. Abrams: 1989.
Images by Raoul Dufy: 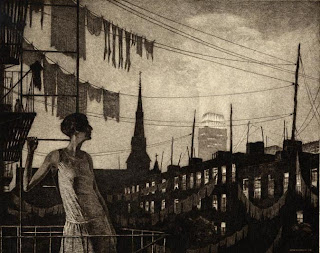 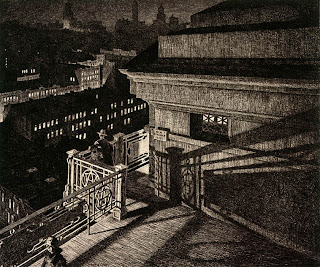 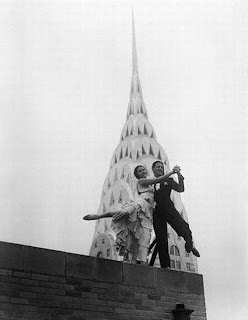 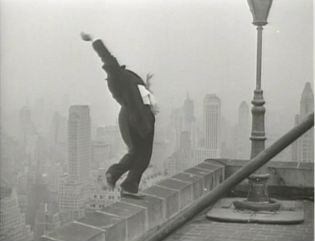 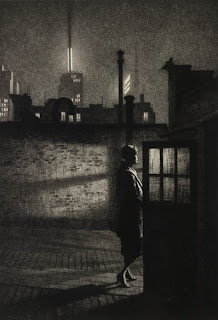 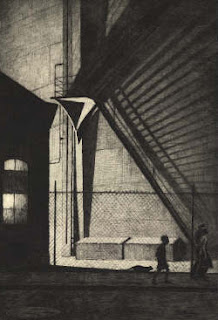 You may also be interested in Djuna Barnes: Some Hard Captious Star, posted here August 23, 2011 and
The Book Of Repulsive Women, posted here March 17, 2010.
Posted by Jane Librizzi at 8:12 AM 6 comments: