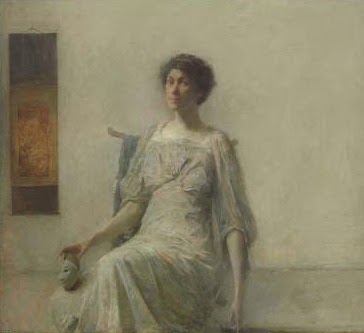 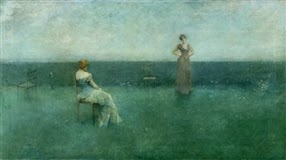 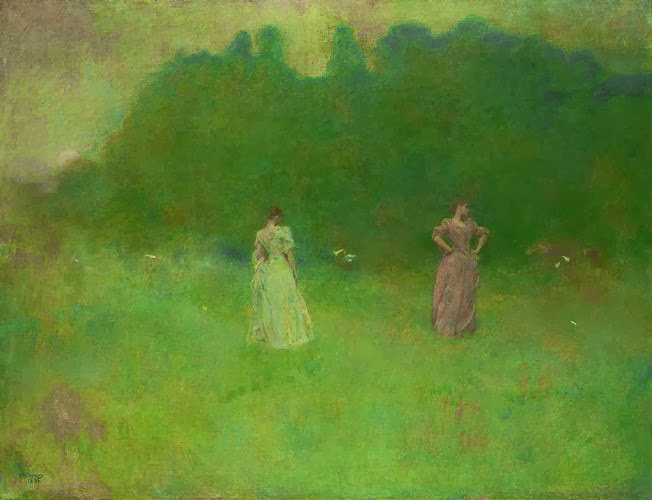 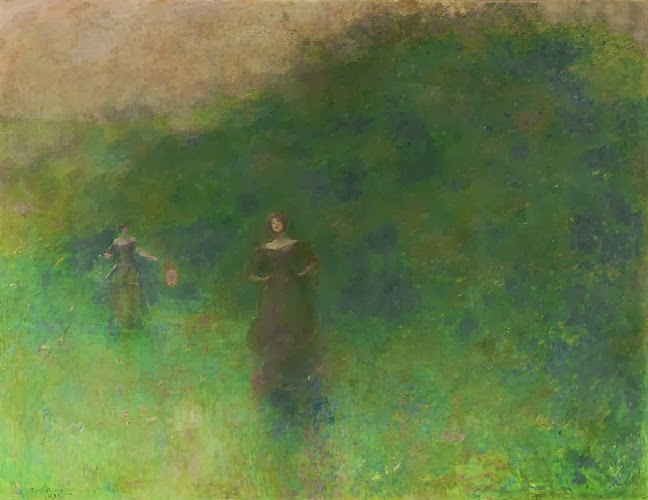 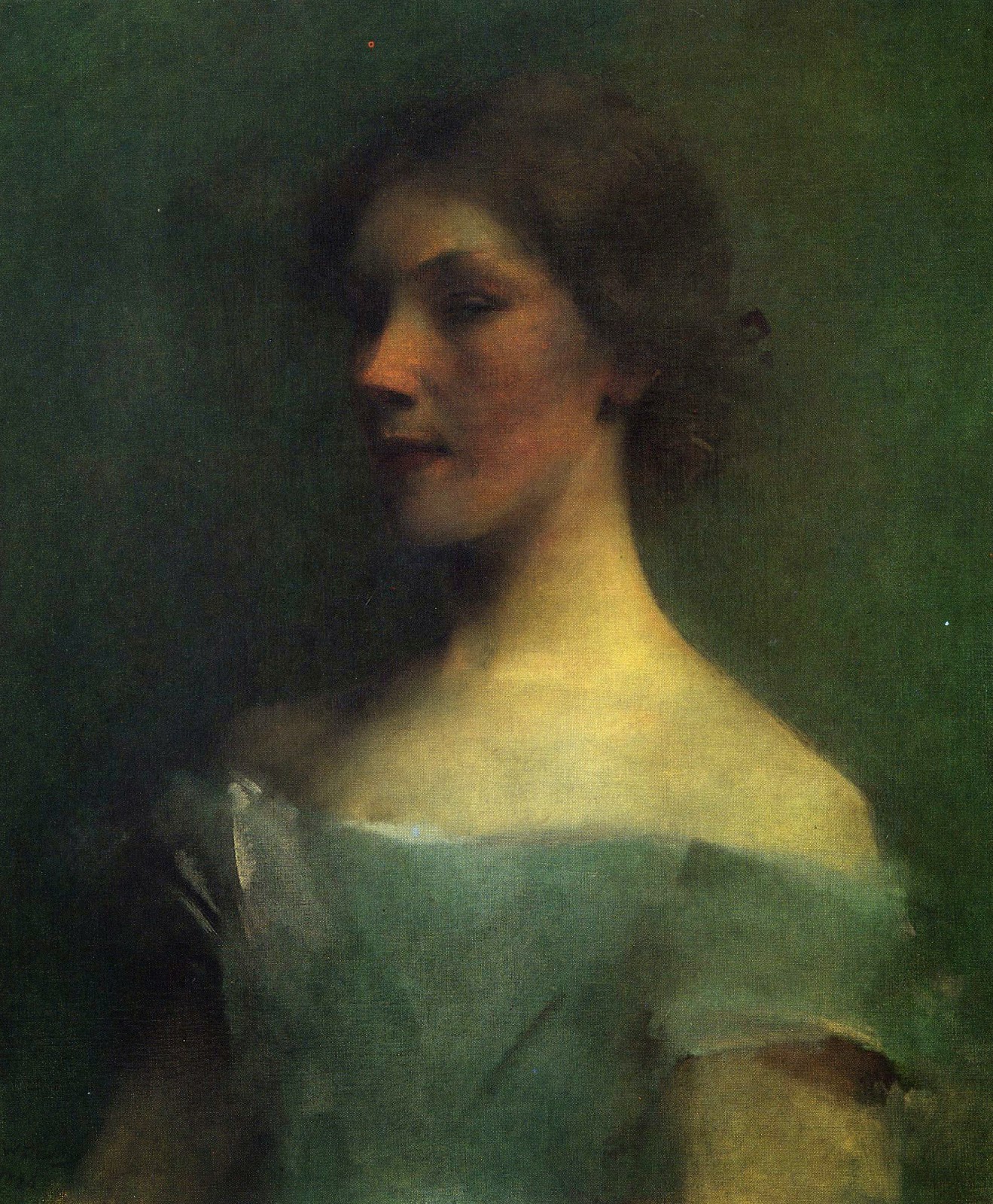 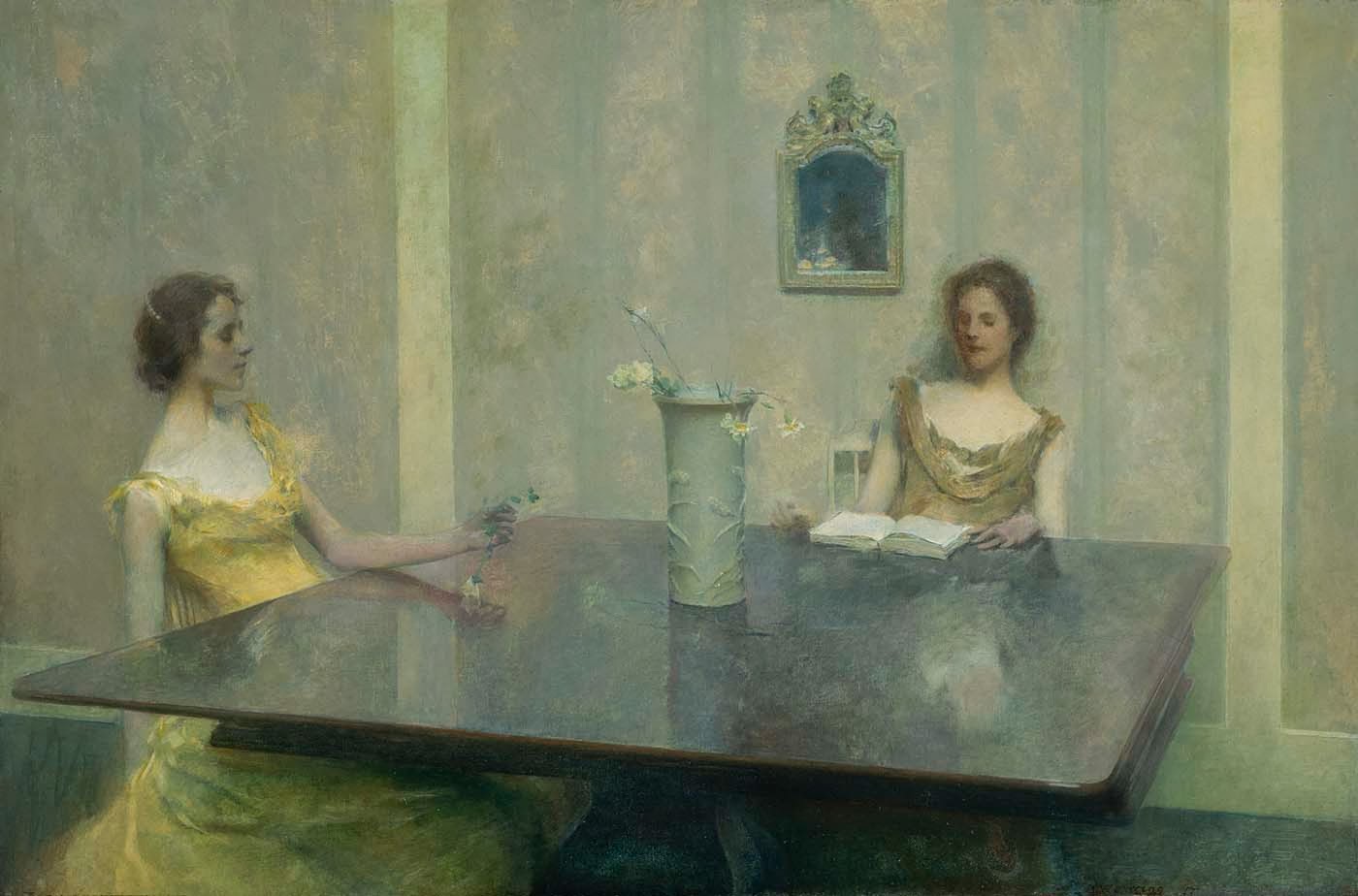 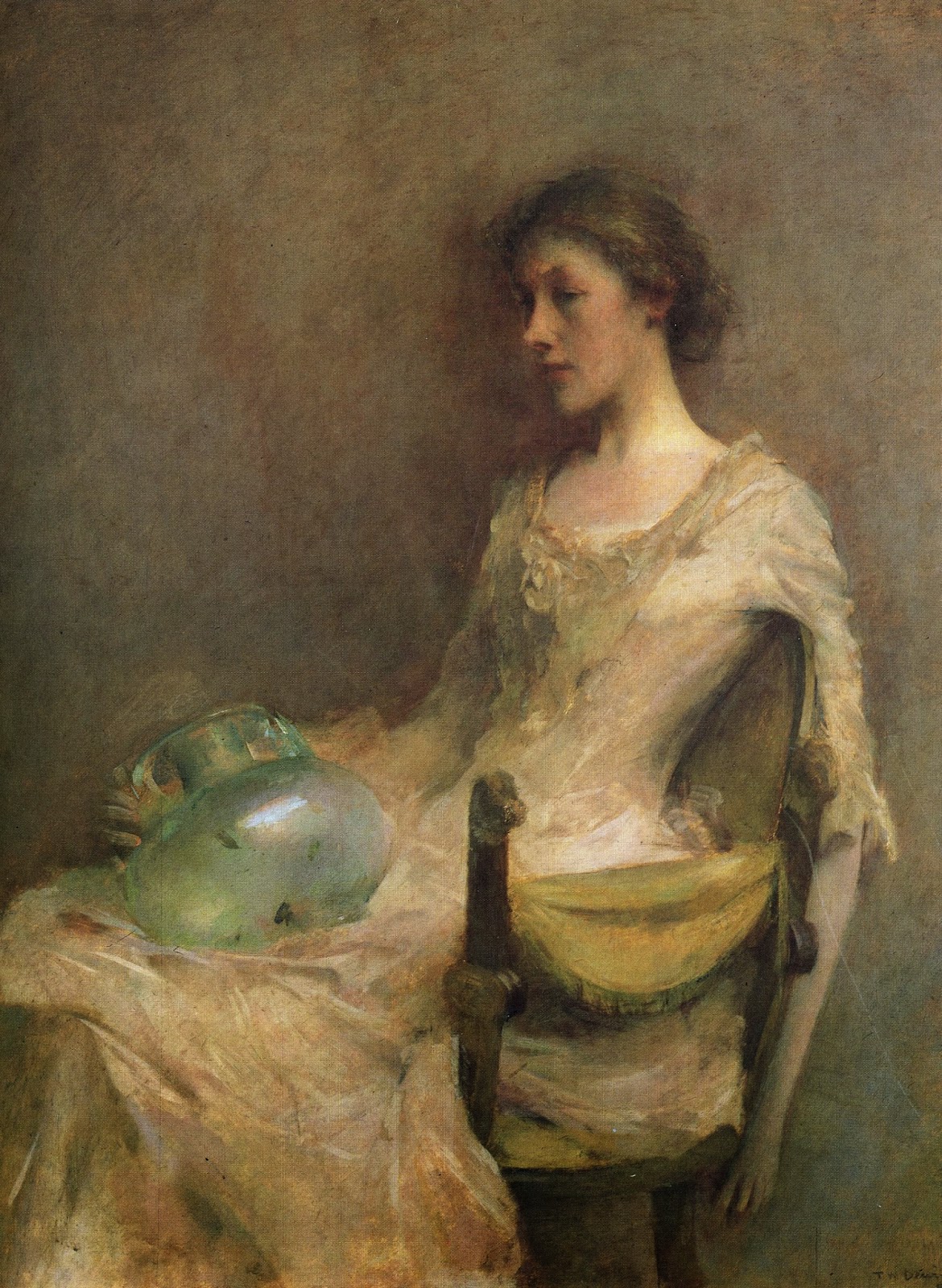 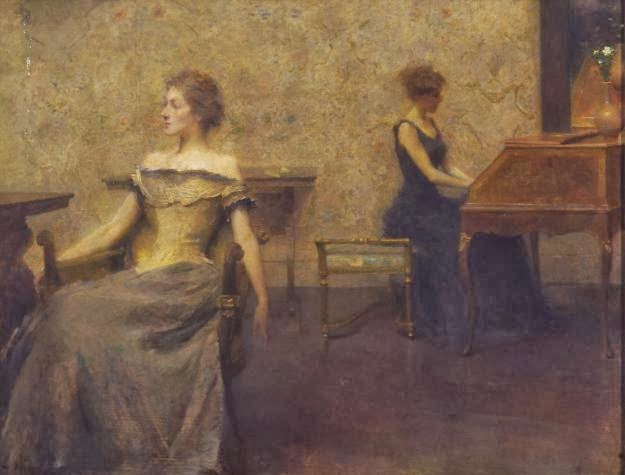 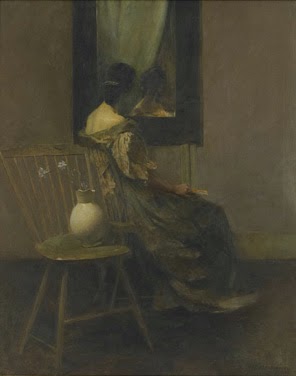 Posted by Jane Librizzi at 7:25 AM

Such an interesting post and I have learned so much about the delicate and subtle works of this painter, who I have not come across before. The glass vase in the Portrait of a Lady is beautiful. Thank you. JJ

JJ, there is an exhibition on right now at the Freer Gallery in Washington called "Sylvan Sounds".
You can find out more - http://www.asia.si.edu/explore/american/sylvan-sounds/

A delicate painter, thank you. "Brocart de Venise" as Ensor "Russian Music"... May be a next post about Maria Richard Oakey ?

Tania, I wouldn't have thought of Ensor - what an intriguing comparison. I may have to get working on Maria Oakey Dewing!

I really love this painting of The Woman in a Mirror. I have a small 4x3 print of this, and would really like to buy a larger print.
Please advice how and where to buy this.

Hello and welcome. Dewing's "Woman In A Mirror" and several of his other paintings are in the collection of the Freer Gallery in Washington, DC.
Charles Lang Freer knew and admired Dewing and his work so my suggestion is to contact the Freer Gallery directly. Hope this link is a help to you.