Spring Violets and a Perfect Poem 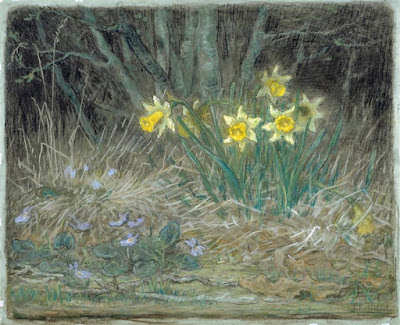 In this little urn is laid
Prudence Baldwin, once my maid,
From whose happy spark here let
Spring the purple violet.


Like the wood violets (and the daffodils) of March, this perfect little poem moves beyond the dichotomy of life and death to the transcendent vision of regeneration.

A child of Cheapside and one of seven children, Robert Herrick's father died when the boy was only a year old.  Apprenticed to an uncle at sixteen, Herrick went on to graduate from Cambridge University in 1617 and was ordained as a minister of the Church of England in 1623.  Ousted from his vicarage in 1647 during the English Civil War, he campaigned for his own restoration after Charles II was restored to the throne in 1660.  Herrick never married.  Hesperides, published in 1648, is a collection of some 1,200 of Herrick's lyric poems.