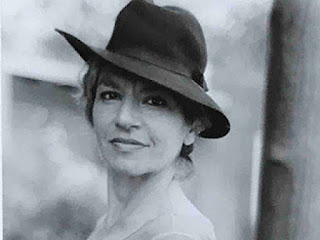 I. "The very poor, it could be said, often find it hard to be loved."


Stig Dagerman (1923-1954) was a Swedish master of the short story, far less well known than the Russian Chekhov or the Canadian Alice Munro. In her introduction to this new edition of his stories, Alice McDermott describes how her own introduction to Dagerman's work come about through her friendship with his daughter Lo.  McDermott connects Dagerman's work to the stories of James Joyce for his "ability to depict the intractable loneliness of childhood," noting that Dagerman "tempers this loneliness with brief gestures of hope, connectedness.."

Dagerman's stylistic variety is impressive, unlike many writers whose stories seem to blur together into one giant word-lump. He began as a journalist but turned to fiction as its antithesis:"Journalism is the art of coming too late as early as possible."  Dagerman wanted to arrive in time early. From experience, he understood the pains.of impoverished rural childhoods. The story "To Kill a Child," was commissioned by the National Society for Road Safety to show the dangers of speeding and has since been acclaimed as the greatest Swedish short story yet written.  Others here include "Bon Soir" in which a poor ship's cook supplements her meager income through prostitution only to be escorted from the shop by arresting officers; a young boy, observing her tears and humiliation, discovers in himself deep compassion he has never before experienced.

II. "There were plenty of rules, there was nothing but rules - the air was thick with them." - Bette Howland

I first heard of Bette Howland in 1983 when her story collection Things to Come and Go was published.  I enjoyed it so much that I resolved to read anything by her that came my way, but nothing did.  I did not know that Howland won a MacArthur Grant in 1984, after which  she never published again.  She died in 2019,  from complications of multiple sclerosis and dementia in Tulsa, far from her native city  of Chicago.  Recently, while at home, I discovered that Things to Come and Go and Howland's memoir W-3 have become collector's items that each cost more than $100.  Howland's gifts of language and observation stayed with me and when Public Space Books republished some stories under the title Calm Sea and Prosperous Voyage I pounced on it.

"A Visit" which opens the present collection is a surreal story of a woman who accidentally drives onto a closed road under reconstruction in the dark. The character in "German Lessons" is a landlady who obsesses about the imaginary illnesses of her mother-in-law, who is also imaginary.  In "Public Facilities" a librarian notices a man who always carries a book tucked under his arm: "He was hatching it."  Howland worked at the public library an also in the editorial department at the University of Chicago Press.

Chicago was Howland's muse and it never failed her.  Her subject was the oddness at the heart of everything we take for granted. A single mother of two, Howland suffered a nervous breakdown  in 1968 and  was treated in hospital.  Saul Bellow, who had met Howland at a writers' conference in 1961, became a friend, sometime lover, and most crucially a strong advocate for her writing.  In on letter, written when Howland was discouraged, as she often was, he wrote this: "I think you ought to write in bed and use your unhappiness. I do it. Many do. One should cook and eat one's misery. Chain it like a dog. Harness it like Niagara Falls to generate light and supply voltage for electric chairs." Strong words for a writer in a league of her own.

III. Collector or hoarder?  "The function of the two terms ... was not descriptive but social, that is, to warn those in society against straying too far into the ambiguity of objects and the relationships they were capable of establishing with humans/" - Michael Rips.


I don't collect anything; a friend once told me that my apartment could be cleared out in half an hour. So when I opened The Golden Flea: A Story of Obsession and Collecting it was with the spirit of traveler into terra incognita.

For decades the Chelsea Flea Market on Manhattan's lower west side, adjacent to the Garment District, was one of the largest markets of its kind in the country.  It has recently been razed, a victim  of the city's real estate .....Michael Rips, director of the Art Students League and a resident of the Chelsea Hotel, knows objects and he became mesmerized by the oddball objects he found there and the  buyers and sellers. There were the "pickers" who look for undetected treasures to resell at a profit. Ibrahim Diop and his family, from Bameko, Mali, tutored Rips in the importance of  sculptures  based on their effectiveness,the ends for which they were created, age not so much. Characters like Paul, the haberdasher, who only sold to customers he liked. Providing a taxonomy of types was the Prophet, a psychotherapist who offered analyses of its denizens of the Flea. Ibrahim

IV. Tarjei Vesaas (1897-1970), one of the great 20th century writers from Norway, author of  novels,  poetry, and plays; The Hills Reply is the second novel (The Birds was the first) to be made available in English by Archipelago Books. a nonprofit literary press.  His writing is terse and yet.deeply sensitive in its effects.  The natural world has much presence as the human one; Vesaas asks us to question whether trees, wind, water, and stone do not possess as much right and reality as ours. His landscapes are lush, yet never sentimental. After all, the land supersedes us when we die.

The characters are often children (a boy helps his father tend a pack horse as they clear a logging road of snow, a boy watches cranes dance overhead from a marsh hiding place, a girl waits for a boy in a snowstorm) or adolescents on the cusp of adulthood (a young man contemplates the indescribable distance between the mountain he has climbed and the familiar sights of home in the valley below, another is bemused by sunlight making mirrors in water, falls into the river and floats downstream clinging to log, noticed only by birds and fish).  Most affecting of all, near the end is "Melody." A woman who loves to play music, so much that she will go on skis during a snow storm to play with others, becomes the subject of intense wonderment by her adolescent son.  He compares the beautiful golden girl, so full of promise in her photograph album, with the woman who works so hard around the farmhouse, and thinks this is not what she should be doing, that she must regret her choice.

Born in Vinje, a town in southern Norway, Vesaas lived a mostly quiet  his life on a farm that had been in his family for three centuries.  He got the travel bug out of his system in his twenties.  Quiet, as Vesaas knew, makes space the most intractable human emotions. He published The Hills Reply, his last novel, two years before his death.

The books in the order I read them:

The Hills Reply by Tarjei Vesaas, translated from the Norwegian by Elizabeth Rokkan, Archipelago Books: 2019 (1968)

Thank you for presenting these readings. I just reread some short stories from Buzzati that you had recently mentioned.

Tania, thank you. I wish more people would read Dino Buzzati's books. His writing is special.