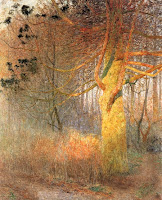 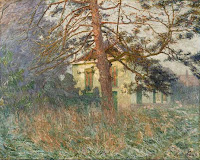 Thanks for sharing Emile Claus with us. I see similarities in what he does to some of my own photography. Not that I'm comparing myself to him, but it is comforting to know that there seems to be some sort of universal truths going on linking artists and their view of the world over time.

Claus may suffer from being Belgian. According to writer Luc Sante, who should know as a native of Verviers, in Belgium they tell Polish jokes - but as Belgian jokes! Apparently, the most important relationship of Claus's life was with another Belgian painter, Jenny Montigny.