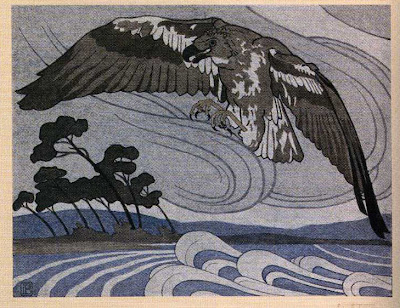 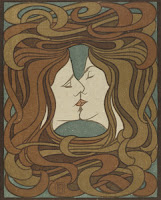 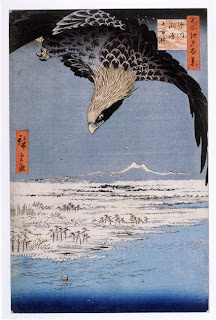 Rouchswalwe, Behrens knew how fill up a space without losing control of those lines. You know far more about Japan than I do but one thing that strikes me as true to its inspiration is that Behrens pays tribute to Hiroshige's work while making a work that is satisfying in itself. Van Gogh's works after Hokusai and Hirsohige are charming - until you see the originals and then they pale in comparison.

Again a black wall on your "Archipelago Of Arts And Letters", i like it. Thanks for illustrations & explanations.

Tania, I think - and hope - thatthis arrangement is easier for the eyes to read. I think the images look so much better this way so I searched for another black template to try.