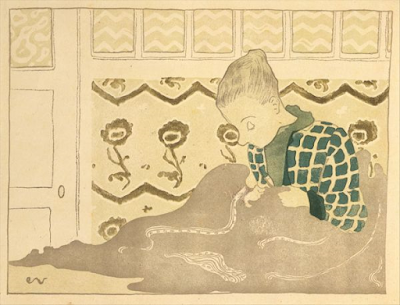 "Fashions are changing in the sphere.
Oceans are asking wave by wave
What new shapes will be worn next year.
And the mountains, stooped and grave,
Are wondering silently range by range
What if they prove to old for change.

The little tailors busily sitting
Flashing their shears in rival haste
Won't spare time for a prior sitting -
In with the stitches, too late to baste.
They say the season for doubt has passed.
The changes coming are due to last."
-  "A Change of World" by Adrienne Rich, New York, W.W. Norton: 1951

Adrienne Cecile Rich was just twenty-one when W.H. Auden chose her first book for the Yale Series of Younger Poets. What Auden had to say about Rich's poems sounds similar to a superficial assessment of the desirable attributes of a good seamstress when he described them as being "neatly and modestly dressed, speak quietly but do not mumble, respect their elders but are not cowed by them."  Some have dated Rich's political consciousness and her feminism to her third collection Snapshots of a daughter-in-law published in 1963; I detect it right here at the beginning.

I like to think that Vuillard's little seamstress is as subtly revolutionary as Rich's poetry.  The Nabis (nabi is the Hebrew word for Prophet) came together in 1890s Paris to begin the revolution that gradually revealed abstraction as the root of all two dimensional art.   Their art was representational but it took an unexpected turn toward pure design.   We understand major changes backward through time.  The young girl bent over her sewing emerges out of a decorative background that, in other works by Vuillard, would dominate or even imprison the human.  We can only guess at what she might be thinking; Vuillard probably didn't have a clue.  But from our vantage point we can see around the next corner and know change is coming.

Tania, you are welcome. I like especially the way that Vuillard conveys such a distinct countenance with a small number of lines. Despite the pattern of her dress and the wallpaper behind her, I am drawn to her face again and again. She keeps her thoughts to herself but I never doubt that she has them.

My mother was a tailor, so I agree with you, Jane, about the thoughts.

Rouchswalwe, I'm not sure that Vuillard would approve my interpretation but once a work is sent into the world it can develop its own wings.