William Blake: This Tree, This World 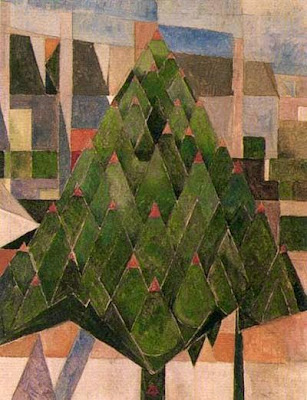 "I see Everything I paint in This World.  And I know that This World is a World of imagination and Vision, but everybody does not see alike...The tree which moves some to tears of joy is in the Eyes of others only a Green thing that stands in the way.  Some see nature all Ridicule and Deformity & by these I shall bot regulate my proportions, & Some Scarce see Nature at all.   But in the Eyes of the Man of Imagination, Nature is Imagination itself.  As a man is, So he Sees.  As the Eyes is formed, such are its Powers.  You  certainly Mistake, when you say that the Visions of fancy are not to be found in This World.  To Me This World is all One continued Vision of Fancy or Imagination." - William Blake to a critical patron.

From Blake's commentary we can intuit that philosophical problems with the idea of beauty, like most philosophical problems, are evergreen. Thinkers as various as Plotinus, a follower of Plato, to the English poet John Keats, have averred that truth and beauty are synonymous but there are others who have  not been so sure.  Look for another perspective here, soon.

Oh how wonderful. Thank you, Jane!

An English poet, a Dutch artist,a bit of ecumenism for the holidays!

A tree full of trees !

Yes, Tania, exactly! Your eye is keen. It is poetic justice that the picture ended up in Maine, a state with lots of evergreen trees.