Virago Made Me: Part One 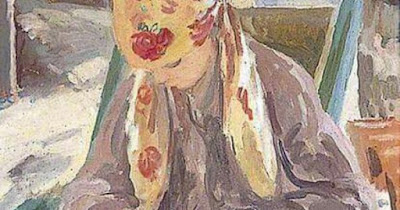 Hemingway, Faulkner, Genet, Joyce, Kafka, Lawrence, Roth, Updike.  The list seems unexceptionable; all are 20th century writers whose names are familiar to anyone who has digested  their way through college literature readings lists.  But have you ever thought about the cumulative effect these writers (and dozens of others I could have named) and their worldviews have had on the minds of impressionable young girls.   Maybe not, for who wants to dwell on shame, humiliation, ridicule and the diminishing of one's humanity.  For me, literature was not theoretical and no matter what academics may like to think, people really do read to learn about life.

Luckily for me, some of my college days in the early 1980s coincided with the high tide of the Virago Modern Classics, reprints of hundreds of neglected books written by women.  Available from Dial Press in New York (black covers) or directly from the U.K. (green covers) they made it possible for me to fill in the lacunae in my literature studies, a hole big enough to drive a truck through.  By my reckoning I amassed something like one hundred Viragos and had read at least that many more again by the time I graduated.  I wish they were still mine but, being young and more optimistic than I knew at the time, I gave most of them away, certain that these books would always remain in print and that Virago would go on forever.  Wrong, so wrong.

What the Virago shelf of books gave me was more than a corrective to the mostly male writers offered by the university syllabus; it was another way of regarding the world.  It also made me diligent at unearthing women writers for other courses.  Medieval history – meet Lina Eckenstein’s Women Under Monasticism (1896); Ancient Greek Religion – Prolegomena to the Study of Greek Religion by Jane Ellen Harrison (1903, rev. 1908),  Christian mysticism – The Book of Margery Kempe (1438), German history – Memoirs of  Gluckel of Hameln (c.1689).

Carmen Callil, from Melbourne, Australia founded Virago Press in London in 1973 with Rosie Boycott and Marsha Rowe, editors of Spare Rib, a feminist magazine.  Their first original book was Fenwomen: A Portrait of Women in an English Village (1977) written by the Oxford historian Mary Chamberlain.  Chamberlain lived for several years in a village in East Anglia that she named Gislea, interviewing women about their lives, their hopes and fears, the desperate poverty, lack of educational opportunities, and the bone-crushing loneliness.  A marshland that has been reclaimed from the North Sea by methods similar to those used in the Netherlands, the the Fens are known to Americans, if at all, as the location of W.G. Sebald's fatal car crash in 2001. Wisely, Callil brought along fellow Aussie Dale Spender and Nicola Beauman, a Cambridge trained writer to research women writers in English.


Virago Modern Classics specialized in women writing in English;  Australians Henry Handel Richardson, Christina Stead, and Elizabeth von Arnim, the uncategorizable Phyllis Shand Allfrey from the Caribbean island of Dominica, and neglected Americans, notably Emily Holmes Coleman and Jane Bowles.  The Virago Modern Classics debuted in 1978 with Frost in May by Antonia White (originally published in 1933) and the next year published Angela Carter’s first book of nonfiction The Sadeian Woman and the Ideology of Pornography. One of their earliest rediscoveries, historically speaking, was Emily Eden (1797- 1869), pigeonholed and, therefore, dismissed as a lesser Jane Austen.  Eden, as the titles of her two novels demonstrate, had a distinctly sharp wit. (The Semi-Detached House  and The Semi-Attached Couple). 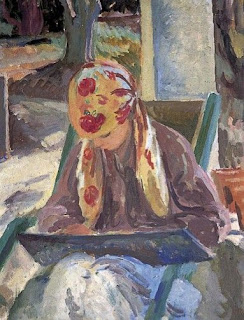 Nicola Beauman (b.1943) is a British writer and the founder of Persephone Press, modeled on Virago Press, also specializing in reprints of neglected books written by women.  After her pioneering work for Virago, A Very Great Profession, Beauman's most recent book is the highly praised biography The Real Elizabeth Taylor (2008).  Elizabeth Taylor (1912-1975), a British novelist whose short stories were published in the New Yorker in the U.S., was for long regarded as a mild-mannered domestic novelist but, as Beauman's researches have revealed, Taylor's literary aims were subversive, albeit skillfully disguised. Taylor, like a number of other women writers, owes her posthumous reputation largely to the efforts of Virago Press.

Dale Spender (b.1943) like Carmen Callil a  native Australian,  moved to London after earning a PhD in linguistics,  Although Mothers of the Novel is a work whose reach exceeds its grasp, it still gives the curious reader the means to dig up the bodies.

A digital copy of the Semi-Attached Couple: http://digital.library.upenn.edu/women/eden/couple/couple.html

and the Semi-Detached House:

And, I forgot to add how much I enjoy your very informative posts.

Thank you, twice over, PDCrumbaker. While I prefer reading a book to reading online, the back-lighting is helpful for people with some visual disabilities. Emily Eden's novels would make easier online reading than, say, Tolstoy! More Virago articles to come, so stay tuned.

Very interesting, Jane, thanks for this post and also for "A Girl Reading".

Tania, I'm glad this interests you, because there's more to come.
What I noticed about Vanessa Bell's "A Girl Reading" is that I have a photograph my mother took of me when I was a teenager, in the exact same pose, with a scarf tied exactly the same way. My scarf was white with apple green polka dots.